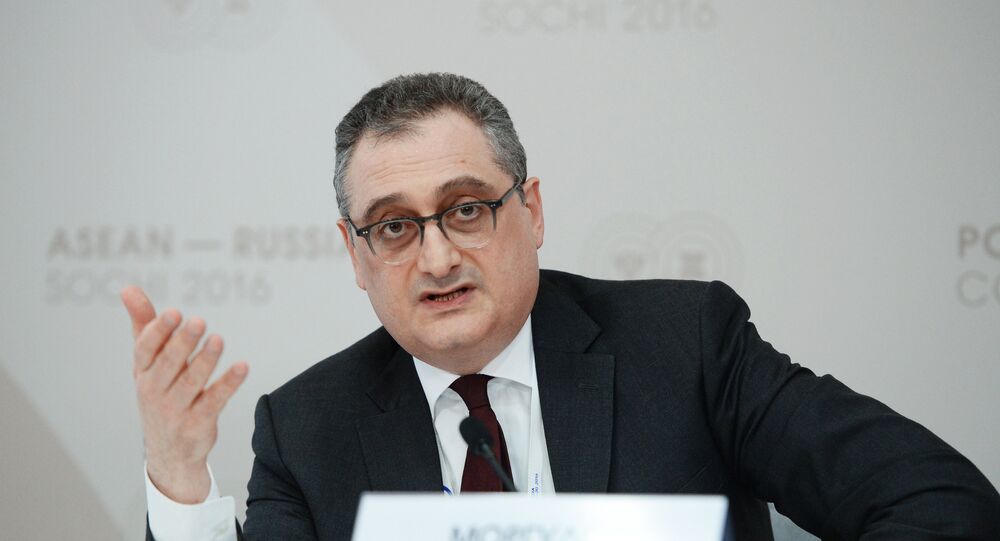 "It is true, the potential replacement of Andrey Denisov, as the Ambassador to China, by Igor Morgulov is being discussed. At the moment, Deputy [Foreign] Minister Morgulov's candidature is the main one," a diplomatic source told the Izvestiya newspaper.

© Flickr / Mark Turner
Russia-China Relations Based on Mutual Interests, Not Ideology - Ambassador
According to the newspaper, Denisov may return to Moscow in the first six months of the next year.

The Izvestiya reported, citing several other sources, that Denisov might replace presidential aide Yury Ushakov or stay with the Foreign Ministry. The ultimate decision could reportedly be made after Denisov's return to Moscow.

US Talked to Russia, China About Role in Afghan Peace Process - Tillerson