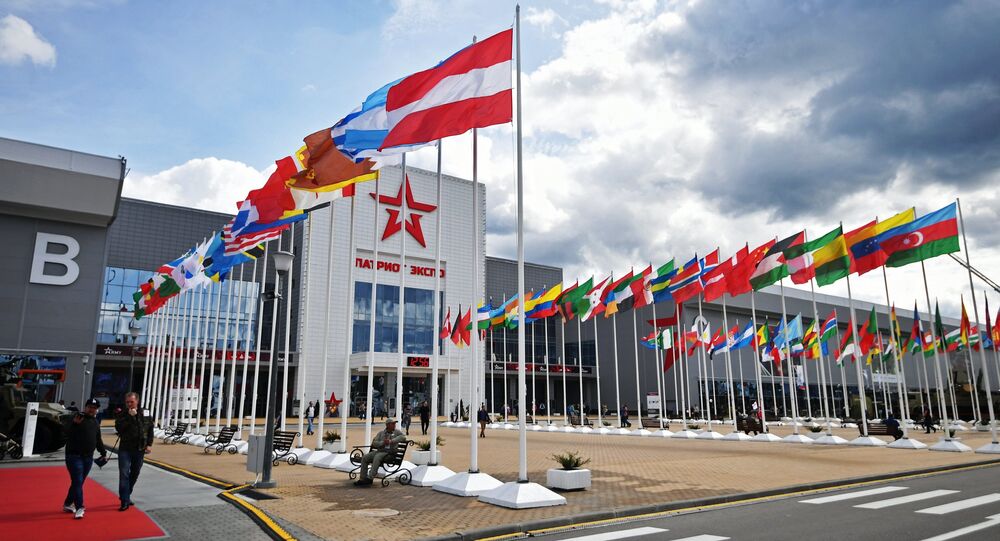 The third International Military-Technical Forum Army-2017 kicked off on Tuesday in the Alabino Military Training Grounds, the Kubinka Airfield and the Patriot Congress and Exhibition Center in the Moscow region concluded on Sunday.

MOSCOW (Sputnik) — The event gathered a number of officials and military experts from various countries, and featured a scientific and business program, as well as an exhibition showcasing the latest hi-tech military achievements.

During the forum, several round-table discussions took place focusing on the experience of Russian troops in Syria. The meetings have been attended by many delegations from foreign countries including China, India and the United States. In addition, a video conference from Hmeymim airbase was launched during one of the meetings.

© Sputnik / Maksim Blinov
Over Half a Million People From 114 Countries Visited Army-2017 Forum - Russian MoD
Several discussions have been dedicated to the fight against terrorism amid growing instability in various regions worldwide.

Overall, the representatives of the Russian Defense Ministry and the country's defense industry held over 50 bilateral meeting with foreign partners.

One of the key purposes of the forum was to demonstrate the latest achievements of the Russian defense industry.

The forum also witnessed signature of a number of contracts. In particular, Russia signed a contract on the delivery of two Pantsir-S1 air defense systems to Equatorial Guinea; two Mi-17Sh helicopters will be delivered by Russia's state arms exporter Rosoboronexport to Burkina Faso in 2018.

Some countries expressed interest in acquiring Russian arms in the future. The Serbian army, for instance, is interested in Russian tanks, infantry fighting vehicles and equipment for special forces.

© Sputnik / Mikhail Voskresenskiy
Heavy Combat Vehicle Show Rocks 2017 ARMY Forum in Russia (VIDEO)
The Philippines intends to buy small arms from Russia before the end of 2017, with budget already set out for this purchase, and plans to discuss the details in Moscow.

Overall, the representatives of 114 foreign countries, particularly 65 official military delegations, with 35 of them being led by high-ranking officials, including 20 delegations headed by defense ministers, took part in the forum over five days.

T-14 Armata: The Russian Tank That Changed the Arms Market