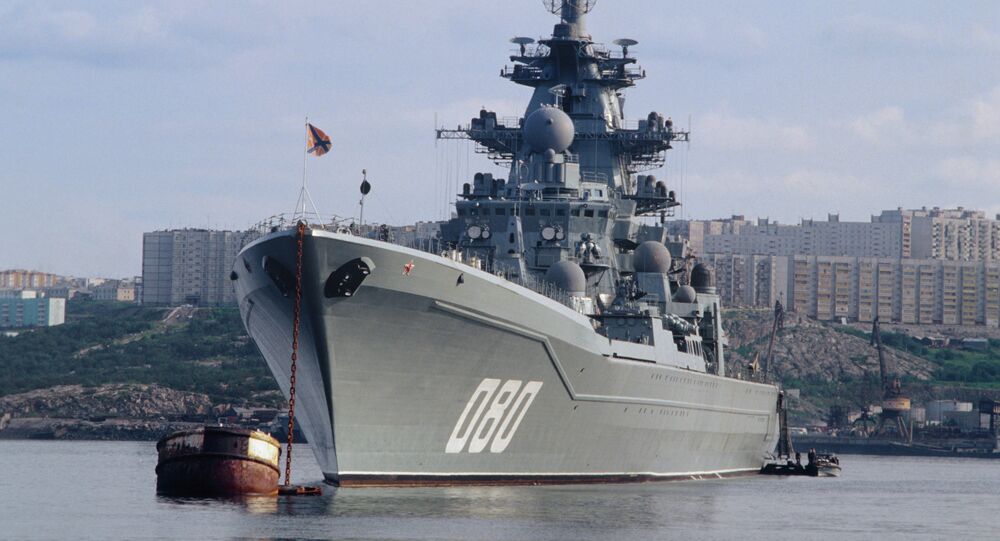 Even a single ship of this class can be a big boost to any strategic naval force, even more so with the new weapons systems that are being installed on the Admiral Nakhimov.

The vessel is currently being re-fitted at the Sevmash shipyard in the city of Severodvinsk.

The Orlan-class heavy missile cruisers are the second biggest warships afloat after aircraft carriers. Each ship has a displacement of 25,800 tons, is 250 meters long, almost 30 meters wide and is manned by a crew of 760.

The Admiral Nakhimov has a full power of 140,000 hp, a speed of 31 knots and carries a Kamov Ka-27 helicopter or versions thereof.

It has almost limitless endurance and is capable of operating in the Arctic, seen by many as a potential battleground for the natural riches of the Far North.

Even though its exterior won’t drastically change, the new-look Admiral Nakhimov will be chock-full of state-of-the art electronics, digital communications and life-support systems and much more.

The nuclear reactors will not be replaced, but the systems ensuring their stable operation will be upgraded.

In terms of armament, the Admiral Nakhimov and then the Pyotr Veliky will have their Granit anti-ship missiles replaced with Onix and Kalibr missiles.

Because the latter can also be used against land targets, the Orlan-class cruisers will be a potent element of ground support operations.

Moreover, the Admiral Nakhimov will also be armed with modern Poliment-Redut air —defense systems with a maximum range of up to 150 kilometers [93 miles].

Viktor Murakhovsky, the editor-in-chief of the journal, Arsenal Otechestva, told RIA that the Admiral Nakhimov and the Pyotr Veliky should be turned into carriers of long-range high-precision weapons against ground targets.

“This would effectively make them a potent means of non-nuclear strategic deterrence,” Murakhgovsky said.

The Admiral Nakhimov could also be used to launch the Zircon hypersonic anti-ship missiles currently being developed in Russia. The Times newspaper earlier described the Onix and Zircon missiles as the most serious threat to the Royal Navy.

© Sputnik / Oleg Lastochkin
Admiral Nakhimov Nuclear Cruiser to Join Russia's Northern Fleet by 2020
The British newspaper’s experts underscored the water-skimming missiles’ ability to sneak up on a ship at twice the speed of sound,  making them virtually immune to the ship’s onboard artillery.

The Zircon hypersonic missiles are absolutely invisible to existing and future missile defense systems as they fly inside a plasma cloud.

Both missiles are scheduled to enter service with the Russian Navy in 2018.