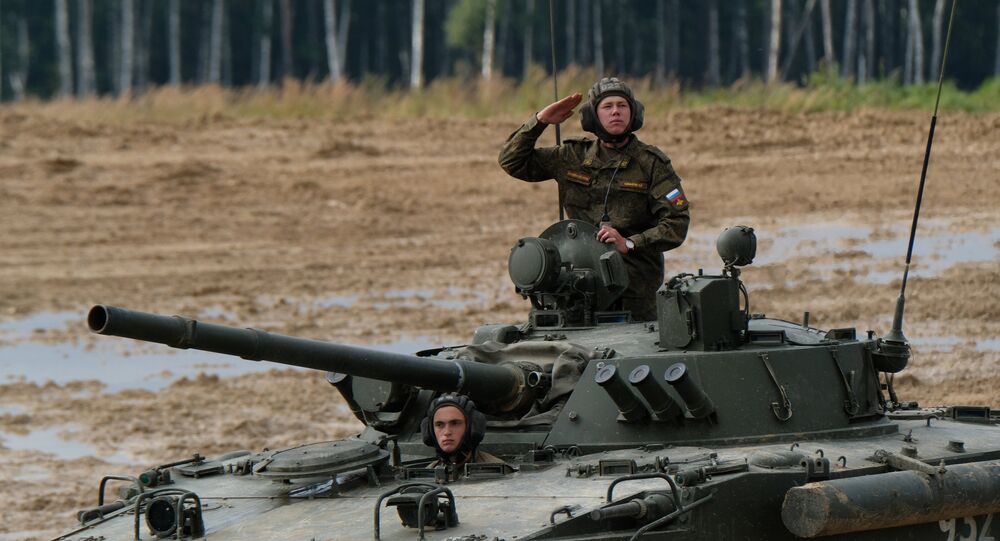 More than 500,000 visitors have attended the Army-2017 defense industry forum venues across Russia, Alexander Mironov, the chief of the Russian Defense Ministry's directorate of science and research, said Sunday.

KUBINKA (Moscow Region), (Sputnik) — According to the official, representatives of the Russian Defense Ministry and the country's defense industry held over 50 bilateral meetings with foreign partners.

"Since the start of the forum, the overall number of guests and participants has surpassed 519,000. Over 429,500 people visited Patriot Park, while 89,900 people visited the venues in the military districts and the Northern Fleet," Mironov said on the final day of the event.

The official added that over 180,500 people attended Army-2017 on Saturday alone, with 141,000 of them coming to the forum's central venue in the Moscow Region. The demonstration programs held within the event were especially popular, as 34,000 people visited the Alabino range and the Kubinka airfield.

"Overall, representatives from 114 foreign countries, particularly 65 official military delegations, with 35 of them being led by high-ranking officials, including 20 delegations headed by defense ministers, took part in the forum over five days," Mironov added.

The Army-2017 forum was held from August 22-27. The event's main venue is located in the Moscow Region’s Patriot Congress and Exhibition Center, with numerous platforms set in different locations across Russia. The event features a scientific and business program, as well as an exhibition showcasing the latest hi-tech military achievements.