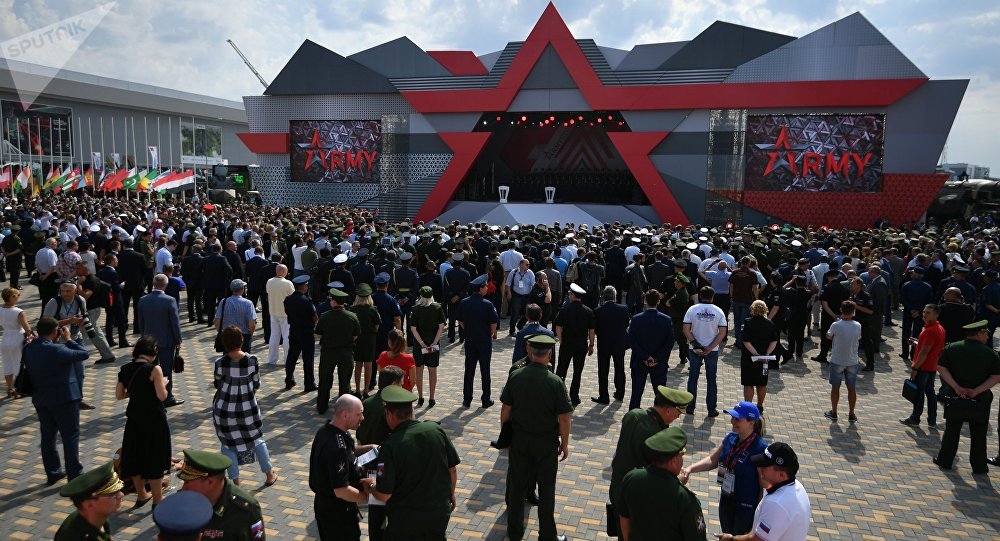 Over 300,000 people attended the venues of the Army-2017 Forum within four days, Alexander Mironov, the chief of the Russian Defense Ministry's directorate of science and research, said Saturday.

KUBINKA (Moscow Region), (Sputnik) — The total number of guests and participants of the forum has reaced 310,000 since the start of the event, which kicked off on Tuesday, August 22, according to Mironov.

"Over 263,000 people attended the Patriot park, while over 46,600 people visited the venues in military districts and the Northern fleet," he specified.

© Sputnik / Vitaliy Belousov
New Camo Armata & Chechen Armored Buggies: Top 5 New Arrivals at ARMY-2017 Expo
The official added that military representatives of 24 countries, such as Algeria, Bolivia, Egypt, India, Laos and others, had been working at the forum.

The Army-2017 six-day International Military-Technical Forum kicked off on Tuesday in the Alabino Military Training Grounds, the Kubinka Airfield, the Patriot Congress and Exhibition Center in the Moscow Region. The event features a scientific and business program, as well as an exhibition showcasing the latest high-tech military achievements.

Dynamic demonstration of hardware at the Army 2017 Forum https://t.co/ZX5Crfi9S0