Russian Prime Minister Dmitry Medvedev said Thursday that he had signed off on a strategy for the development of Russian transport machine-building for the next 12 years.

MOSCOW (Sputnik) — The prime minister added that it was necessary to increase production capacities, create new jobs and attract investment into innovative solutions, which are crucial for such fields as development of high-speed transport and heavy vehicle projects, as well as incorporation of smart technology in transport.

"I have signed a document that is quite significant for the development of transport manufacturing. This is a development strategy for the industry through 2030. This is an important task for the whole economy. Saturating the internal market with modern transport, creating the ability to meet competition, and expanding exports are among the main priorities of the strategy," Medvedev said, opening a government meeting. 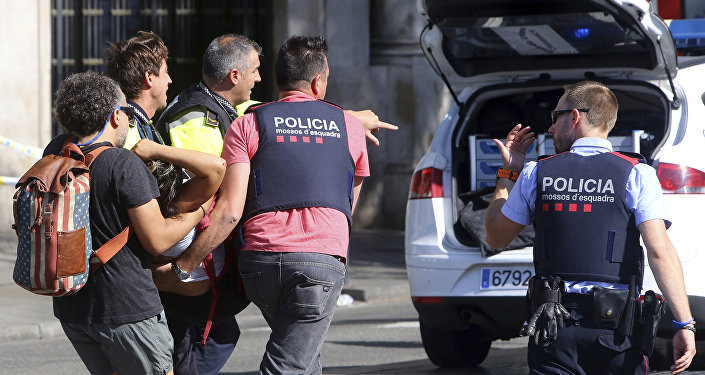 © AP Photo / Oriol Duran
Russia Ready to Assist Spain in Probe Into Barcelona Van Attack If Help Needed
According to the strategy's best case scenario, by 2030, the Russian market's demand for passenger railroad cars will stand at 20,840 units and the purchase volume will amount to 400 units. Meanwhile, the demand and purchase volume for freight cars will be 1.1 million and 42,000, respectively. The strategy also provides projected calculations for the demand for electric locomotives and diesel locomotives.

The strategy also features an analysis of the main problems of the Russian transport manufacturing industry and offers possible ways to overcome such difficulties. It is expected that the implementation of the document will increase competition in the market, attract investments, and bolster Russian transport exports.