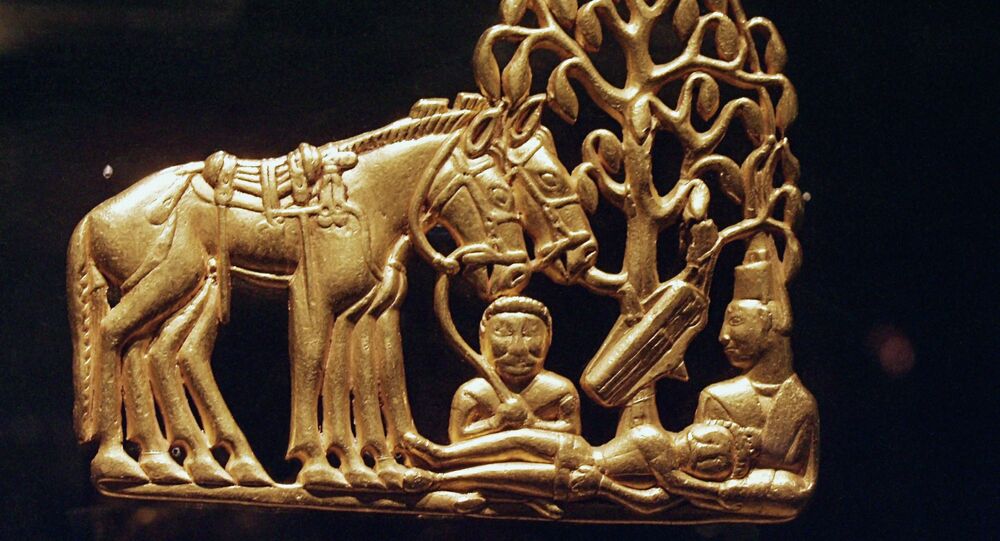 Archeologists have found outstanding ancient artefacts comparable with the Crimean collection of Scythian gold during recent excavations in Crimea, the director of the Institute of Archeology in Crimea, Vadim Maiko, told Sputnik.

According to Maiko, excavations were carried out in the Ust-Alminsk necropolis near the village of Peschanoe in the Bakhchsarai district.

"These are findings which — in their class and quality — are similar to those currently kept by the Netherlands…. This is primarily jewelry, also from yellow metal," Maiko said.

The row over the valuable collection totaling 2,000 pieces sparked off after Crimea voted in a March 2014 referendum to leave Ukraine and reunite with Russia. Kiev and its allies see the region "as an occupied territory."

Following these events, the Russian and Ukrainian sides both claimed the collection as belonging to them, so that a Dutch court had to decide whom the artifacts should be returned to: the Crimean museums or Ukraine.

An Amsterdam district court ruled last month to send the treasures, contributed by Crimea's four lending museums, to Kiev, but the Crimean side filed an appeal. A new court hearing is expected to be held in October 2017.

The collection is worth over $1.5 million.

Scythian Gold to Be Exhibited in Kiev After Handover - Ukrainian Minister