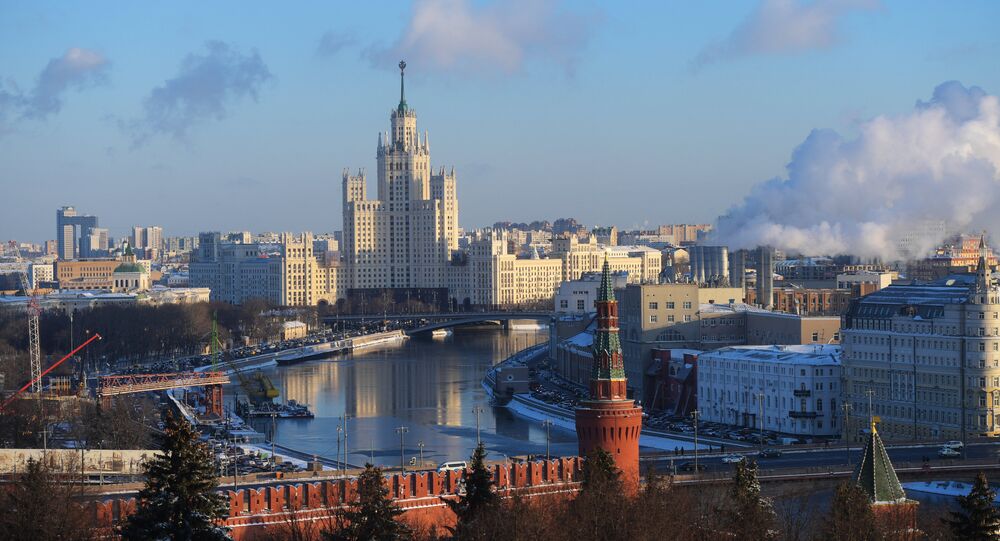 The Russian economy has grown by 2.5 percent in the second quarter of 2017 compared to the same period last year, according to the Russian Federal State Statistics Service (Rosstat).

According to Rosstat, Russia's GDP has been growing since the end of 2016.

The economy is recovering despite the introduction of economic sanctions against Moscow by Western countries, German Frankfurter Allgemeine Zeitung newspaper noted.

"Despite the sanctions and the collapse of oil prices, the Russian economy is growing as fast as ever in recent years," the newspaper wrote, citing data from Rosstat.

© Sputnik / Vladimir Astapkovich
US Sanctions Bill: How Trump Administration Misread Russia
Significant improvements are registered in such fields as industrial production, construction and trade. The only industry that demonstrated a decline in productivity was agriculture, the newspaper noted.

According to forecasts, in the coming months Russia might see a moderate inflow of foreign investments amid the expected growth of prices for Brent oil. The prices might reach $55, which, could increase the attractiveness of Russian stocks and bonds, experts claim.

"Apparently, the Russian economy coped well with the fall in oil prices and the sanctions of the West," the article concluded.

Plan B: Chinese Investments May Help Russia Under New US Sanctions