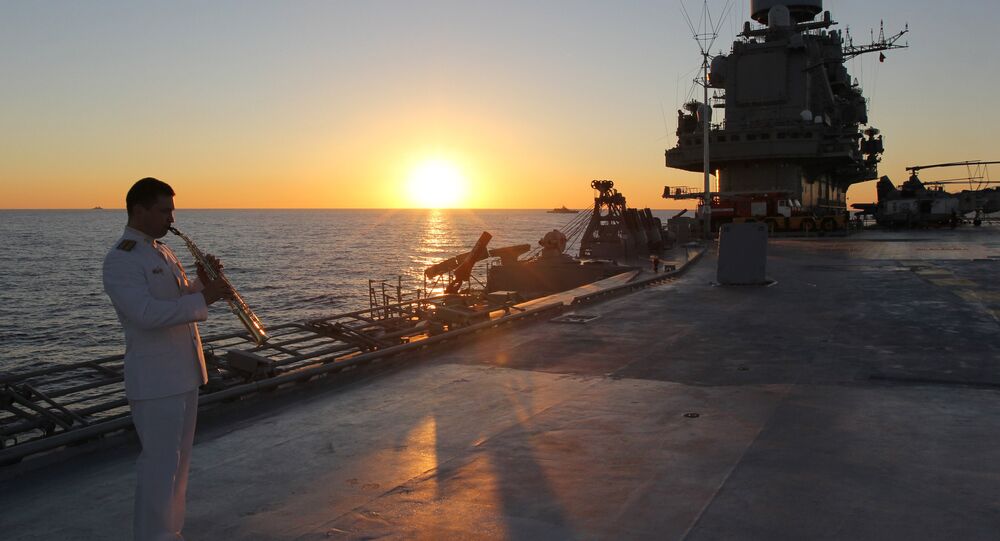 A flotilla of the Northern Fleet’s naval ships is steaming to the Arctic to protect Russian shipping lanes and other maritime activity in the region. Military expert Dmitry Litovkin told Radio Sputnik that the fleet’s permanent deployment on the high seas makes it a formidable force to be reckoned with.

"Today, a unit consisting of several Northern Fleet warships and support vessels sailed from Severomorsk to the Barents Sea under a combat training plan and set course for the eastern Arctic," Serga said.

This is already the sixth time Northern Fleet ships have been sent to the Arctic Ocean over the past few years.

Last year, the Northern Fleet performed one of its first troop —deployment operations on the uninhabited coast of the Franz Josef Land archipelago in the Arctic.

In an interview with Radio Sputnik, military expert Dmitry Litovkin said that the Northern Fleet would strengthen the network of military bases Russia is now setting up in the Arctic in the event of a military intervention against Russia.

“Our navy maintains a permanent presence on the high seas. Only recently were Northern Fleet ships taking part in a Navy Day parade in St. Petersburg and they are now heading for an Arctic drill. The crews are honing the skills they could put to use anywhere, from the Mediterranean to the Arctic,” he added.

Dmitry Litovkin believes that the West has been forced to admit that Russia’s Arctic fleet is now second to none.

© Sputnik / Igor Russak
Icebreaker Ilya Muromets to Join Russia's Northern Fleet in November - CEO
“Russia is building a fleet of Arctic icebreakers to be armed with artillery and missiles, which, in addition to their main duty of leading ships across pack ice, will also be able to fight.”

“Here the Americans are lagging behind us. Russia is also building new Borei- and Yasen-class multirole strategic submarines, which give us an edge and this is something the West has to admit. The Northern Fleet as it is now is a formidable force to be reckoned with,” Dmitry Litovkin noted.