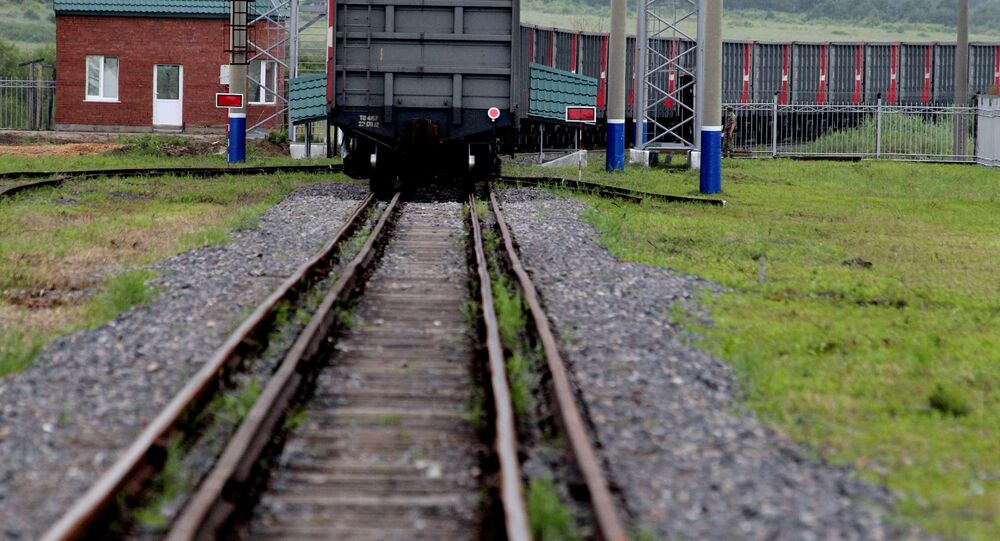 The Russian Railways company said Friday it had completed the construction and assembly works on a railroad bypassing Ukraine, adding that the launch of operations is planned for this year.

MOSCOW (Sputnik) – The new double-track electrified railway, replacing the existing one which enters the Ukrainian territory, has been under construction since 2015. The Zhuravka-Millerovo 122 km stretch will make it possible for Russian trains to connect Voronezh and Rostov regions bypassing Ukraine in the south.

"Russian Railways has completed the construction and assembly works on the new Zhuravka-Millerovo railroad and began commissioning works and tests on separate parts of the railroad… The final commissioning and beginning of operations of passenger trains is planned for late autumn 2017," the statement read.

Earlier, Transport Minister Maxim Sokolov said the railroad bypassing Ukraine would be built regardless of the relations between the two countries.

The project for the new railway, which is designed to increase the infrastructure capacity and to ensure transport security of freight and passenger traffic, involved the construction of a large number of artificial structures, 98 in total, including seven new railway stations and five bridges.

Another feature of the project was the large volume of excavation — 41.5 million cubic meters (1.5 billion cubic feet) in total — that allowed for the height difference to be aligned.

"Due to this, the railroad line will become part of the high-speed train passage connecting Central Russia with the Black Sea coast. According to the project, the maximum train speed would be as follows: passenger trains – 140 kilometers [87 miles] per hour with possible increase to 160 kilometers per hour, freight trains – up to 90 kilometers per hour," the statement added.

Additionally, two railroad substations were renovated and three others built during the construction, and around 200 miles of power lines was laid down.

In 2014, Kiev launched a military operation against the self-proclaimed people's republics of Donetsk and Lugansk, when they refused to recognize the new Ukrainian government that came to power in what the region's residents perceive as a coup. In September 2015, Russian Prime Minister Dmitry Medvedev signed a document on the construction of a railway line to allow Russian trains to bypass the Ukrainian territory on their way to the southern part of the country.