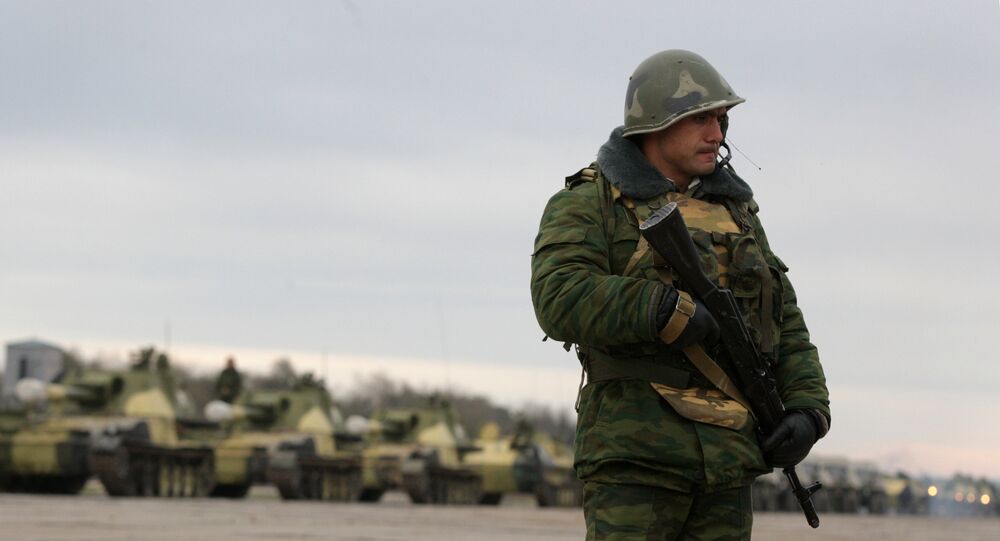 © Sputnik / Vladimir Popov
NATO Regrets Over Putin's Visit to Abkhazia - Alliance's Acting Spokesperson
PITSUNDA (Abkhazia) (Sputnik) — Earlier in the day, Putin arrived in Abkhazia to commemorate the ninth anniversary of the conflict in South Ossetia and Abkhazia, which erupted in August 2008, and to hold negotiations with Abkhazian President Raul Khajimba.

"During the negotiations, we have agreed to coordinate our actions addressing the security challenges and threats in the Caucasus more closely. The joint Russian military base stationed on the Abkhazian territory continues to play the key role in ensuring stability in the region," Putin said following the talks with Khajimba.

On November 21, 2015, Russia and Abkhazia signed an agreement on joint group of forces. On November 22, 2016, Putin signed the federal law on ratification of the 2015 agreement.