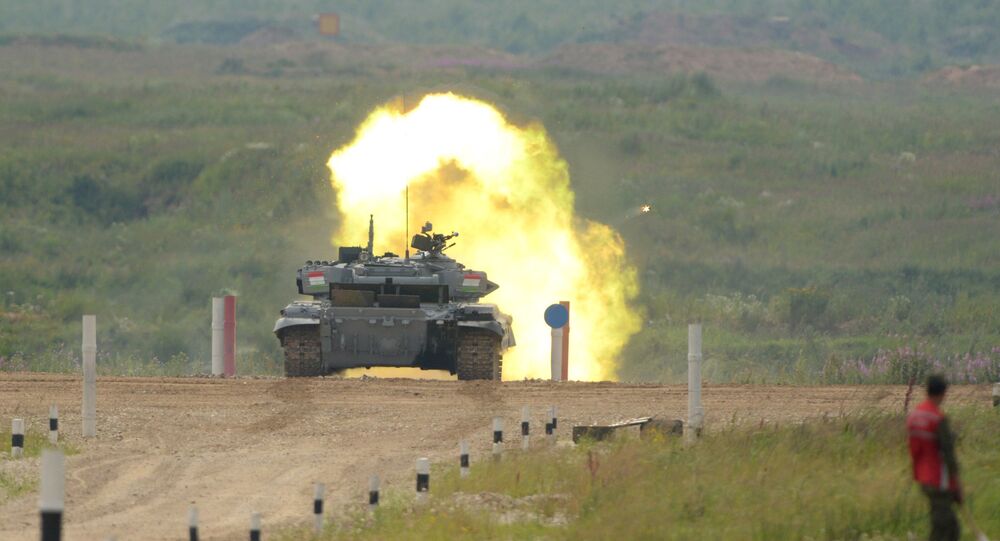 The third and final stage of the Military Rally contest of Army Games-2017 is underway in the capital of Russia’s Kalmykia Republic.

© Photo : Youtube/Sputnik
2017 Army Games: Contest for Real Men
ELISTA (Russia) (Sputnik) – The Team Race stage of the contest is carried out on a route which is 320 kilometers (199 miles) long between the teams of the Russian and Egyptian armed forces.

Russian Deputy Defense Minister Gen. Dmitry Bulgakov said at the race opening that the contest was aimed at raising the prestige of the military driver job not only in Russia but also in other countries.

"Over 27,000 military drivers have fought for the right to represent the Russian Armed Forces in the Military Rally contest, that is why the Russian team includes the best representatives of this profession from the Southern and Central Military Districts as well as the Northern fleet," Bulgakov said.

Unmanned aerial vehicles as well as GLONASS system equipment are used to control the actions of the teams along the special sectors of the route. The total length of the Military Rally contest route is around 1,700 kilometers.

Military rally will be completed in the southern city of Volgograd on Tuesday followed by the awarding ceremony and closing of the contest.

Earlier on Sunday, Chief Referee of the Army Games-2017, Maj. Gen. Dmitry Gorbatenko said that Russia was leading the games as a result of the eight days of the contest. According to Gorbatenko, China is the second while Kazakhstan keeps the third place in the games.

The International Army Games is an annual military competition held since 2015 on the initiative of the Russian defense minister.

Playing With Weapons: Third Day of the 2017 International Army Games