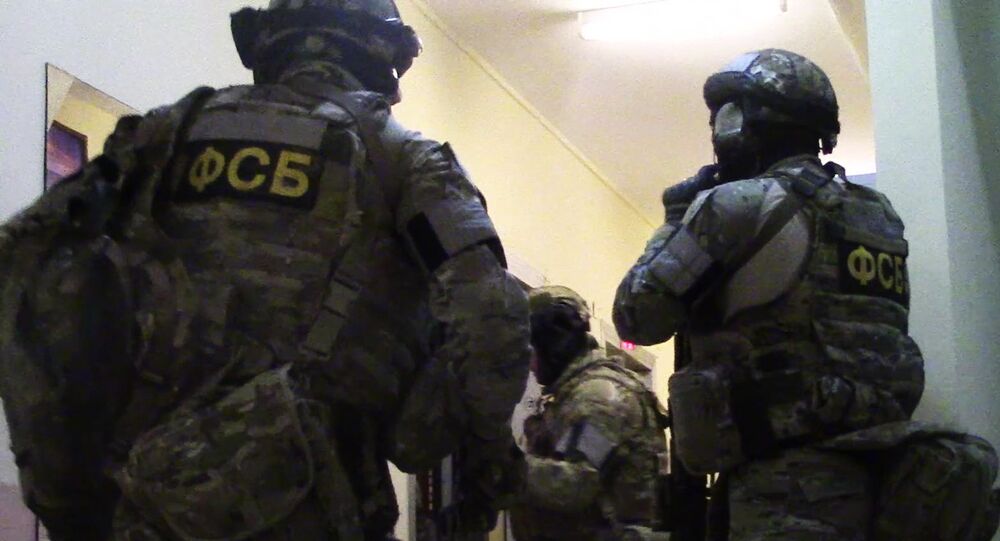 Russian security forces have detained two supporters of the Daesh terrorist group (outlawed in Russia) in the Moscow region over preparing a terrorist attack, the Federal Security Service (FSB) department in Vladimir region said in a statement on Monday.

© Sputnik / Dmitriy Vinogradov
Russia Backs Forming Broad Anti-Terror Coalition as Top Priority - Russian UN Envoy
YAROSLAVL (Russia) (Sputnik) – According to the statement, the two men arrived in Russia from Central Asia, were residing in the Vladimir region located to the east of the Moscow region, and kept in contact with Daesh members in Syria.

"They were awaiting specific instructions from the [Daesh] leaders regarding purchase of firearms, parts necessary for construction of an IED [improvised explosive device] and selection of targets for a terrorist attack," the statement read.

The FSB added that the detainees had confirmed their contacts with terrorists, as well as intentions to carry out a terrorist attack before leaving for Afghanistan to join Daesh.

A criminal case was opened for incitement to terrorism, the FSB added.

In mid-September 2016, the FSB said that some 2,400 Russian citizens were involved in activities connected to Daesh extremists, including fighting alongside the group.

The most recent terrorist attack in Russia occurred in April, when an explosion in metro in the city of St. Petersburg claimed lives of 16 people. Following the attack, the Russian security forces intensified counterterrorism operations.