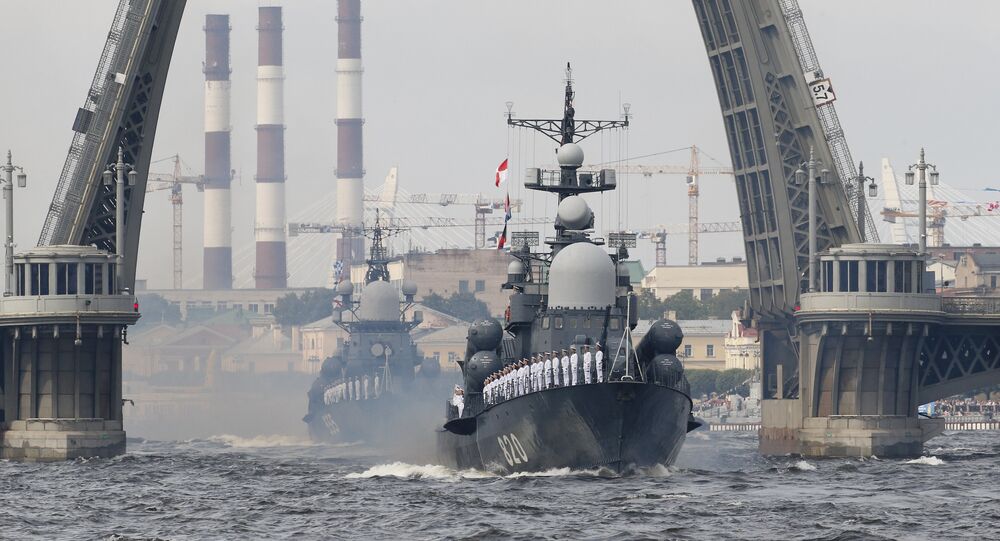 Russia celebrated its Navy Day with a military parade in Saint Petersburg on Sunday. President Vladimir Putin took part in the event.

"Today, the Navy completes not only the traditional tasks, but also adequately responds to the new challenges, makes a significant contribution to the struggle against terrorism and piracy. Children and grandchildren would be proud of the sailors of the modern Navy," Putin said at the parade.

The Russian leader added that the high level and competence of the Navy could be seen both at the drills as well as at the military operations.

"High moral and professional qualities have been and still are the basis of successful naval service and they would be provided with full support of the [Russian] state," Putin said.

The president added that the country had been taking a number of steps to support and to modernize the Navy, such as commissioning of new vessels and improvement of training curricula for personnel.

© Photo : Wikipedia/Luis Díaz-Bedia Astor
Lord of the Seas: Russia Developing Naval Superiority Nuclear Missile Destroyer
The celebrations to commemorate Russian naval victories are traditionally held on the last Sunday of July, with parades of the Pacific, Northern, Baltic and Black Sea fleets as well as the Caspian Flotilla.

The creation of the regular Russian Navy dates back to the reign of Peter the Great. During the Second Azov Campaign against Turkey in 1696, Russia used 2 warships, 4 fireships, 23 galleys and 1,300 longboats built at river shipyard in Voronezh.

You can find more about the history of the Russian Navy here.

Twenty-two warships took part in the parade in Saint Petersburg.