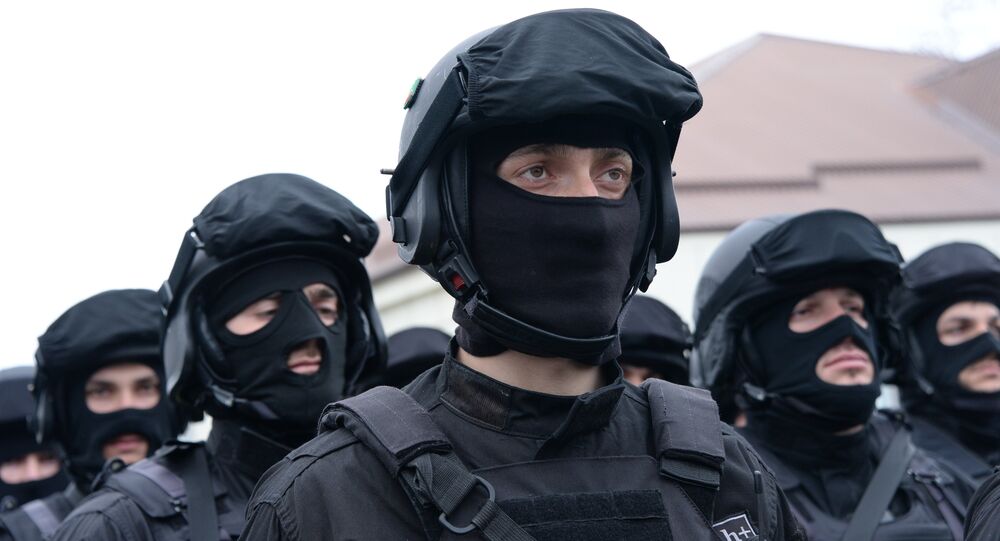 The Russian National Guard Chief will head the anti-terrorist group in the North Caucasus.

© Sputnik / Said Tzarnaev
Russian National Guard Comments on Alleged Reports About Presence in Syria
MOSCOW (Sputnik) — The Russian National Guard (Rosgvardiya) Director Viktor Zolotov will head the anti-terrorist group in the North Caucasus, a presidential decree on improving the management of the combined group of forces to conduct counter-terrorism operations in the North Caucasus published on official legal portal on Saturday said.

"The overall leadership of the United Group is carried out by the director of the Federal National Guard Troops Service — the Commander-in-Chief of the troops of the Russian National Guard," the document says.

The composition of the combined group will be determined by the commander as follows: he will determine the units that are part of the Russian National Guard troops independently, and in relation to other agencies — on the basis of proposals of their heads. The commander of the group will conduct a unified management of all bodies involved.

The commander's deputies will be appointed by the heads of Defense Ministry, Internal Affairs Ministry, EMERCOM, FSB, FSO with the retention of military posts, one from each agency.