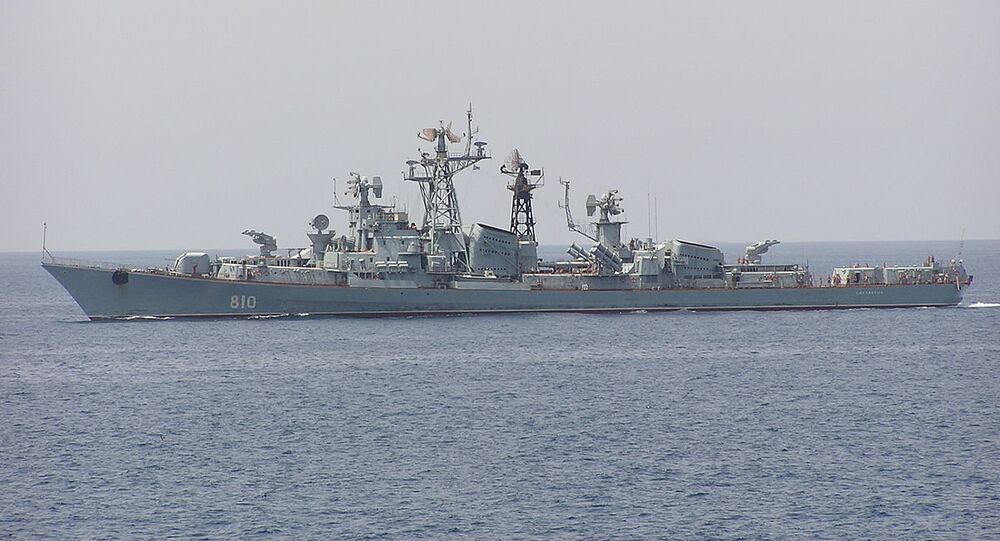 Russia’s Defense Ministry has approved the preliminary design of the Lider-class new-generation nuclear-powered missile destroyer, which is to become a key element of Russian naval might in the coming decades, Sputnik contributor Alexander Khrolenko wrote.

Preparatory work on eight such vessels is to start before the end of this year.

© Wikipedia / Artem Tkachenko
Russia's New Lider-Class Destroyer to Be Laid Down in 2019
The massive 15,000-18,000 ton destroyers will have nuclear propulsion and are to become a key element of Russia’s naval might in the coming decades.

Bristling with the latest in weapons, communications navigation and electronic warfare design, the massive 15,000-18,000 ton Lider-class destroyers will carry an impressive arsenal of ABM-capable S-500 SAM and Kalibr cruise missiles.

The Lider-class destroyers are designed to protect communications lines on the high seas and destroy major land-based targets with long-range cruise missiles, provide fire support for landing and counter-landing operations, acting both individually or as part of carrier battle groups.

"The Lider will be a universal ship, triple-hatted as a destroyer, large ASW ship and guided missile cruiser while being smaller than Project 1144 ships and carrying far more weaponry," said Valery Polovinkin, advisor to the director general of the Krylov State Research Center that worked out the destroyer’s preliminary design.

© Sputnik / Ilya Bogachev
Battle Plans: 'Leader' Destroyer Design Gets Green Light From Russian Defense Ministry
Weapons-wise, the destroyer, whose construction is slated to begin in 2025, will pack more firepower than the 20th-century missile cruisers. It will have excellent seaworthiness and will be able to handle Force 7 storms and offer comfortable living conditions for the crew, Khrolenko wrote.

In terms of their multi-mission capability, the Lider-class destroyers will exceed that of the US Arleigh Burke destroyers and are likely to emulate many strong points of the Project 1144 Orlan nuclear-powered cruisers, including their multilayered air defense capability and powerful anti-ship missiles.

Each Lider-class destroyer is designed to carry up to four launchers for Kalibr-NK and Oniks cruise missiles (200 missiles in all) and long-range shipboard S-500 Prometei air defense systems.

While the ship’s overall look and armaments may change in the course of further design, it is already known that it will be 200 meters long, 23 meters wide, have a draft of 6.6 meters, a crew of 300 and endurance of at least 50 years.

Expensive as truly efficient and multirole oceangoing nuclear destroyers may be, even a small number of such ships will ensure Russia’s naval security and its ability to explore natural resources in the most distant parts of the world oceans, Alexander Khrolenko concluded.

Russia's New Lider-Class Destroyer to Be Laid Down in 2019