Russia’s decision to cut US diplomatic staff and seize US diplomatic property was in response to the sanctions imposed on it by the outgoing Obama Administration, rather than to the new anti-Russian sanctions passed by Congress, political analyst Olga Oliker said in an interview with RIA Novosti.

"I suspect Russia is trying to send a signal of at least some restraint with its response, although I am not sure it will be read that way in Washington," she said.

Olga Oliker, a senior adviser and director of the Russia and Eurasia Program at CSIS, Washington DC., said that while damaging as it could be to the US diplomatic mission in Russia, Moscow’s decision does not "cut at anything near and dear to the US."

Moscow's measure is a "calibrated tit-for-tat" aimed at "highlighting Russia's position that the US actions in December were arbitrary and petty — Moscow isn't even bothering to accuse anyone of spying, thus suggesting that the US accusations had no merit," Oliker explained. 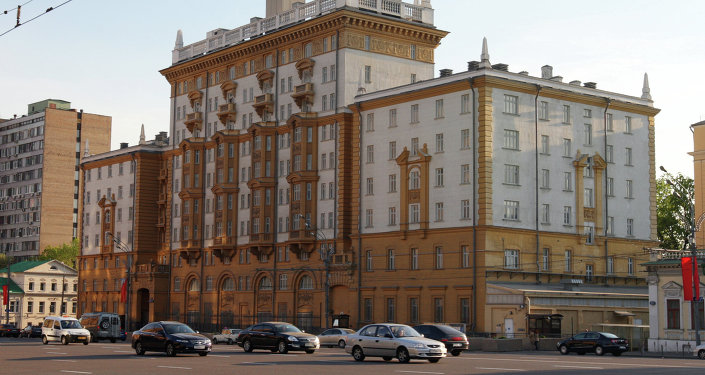 © Sputnik / Iliya Pitalev
Amid a Barrage of US Sanctions and New Bill, Russia Finally Strikes Back
She also explained the Congressional approval of new sanctions on Russia means that "Congress does not trust Trump to make good policy when it comes to Russia".

Oliker said that “real changes would require real actions to move the relationship forward,” but added that "The Trump administration is not going to be able to do that in the current political climate".

"I think it's notable that this is retaliation not to the new sanctions in the legislation, but to the final Obama sanctions, which [Russian President Vladimir] Putin personally made a show of not responding to at the time, taking the high road, as it were", she observed.

US embassy staff has been given until September 1 to leave, the Russian Foreign Ministry said in a statement on Friday. Russia will also close down the embassy's recreational retreat on the outskirts of Moscow as well as warehouse facilities.

Interviewed by Sputnik, the director of the Institute of Regional Problems in Moscow, Dmitry Zhuravlev, said that Moscow could slap additional retaliatory measures against the United States.

"This is just our response to the US seizure of Russian diplomatic property and we have yet to respond to their bill on new anti-Russian sanctions. We are sending a message [to Washington] to stop acting stupidly. We will retaliate, but not in a mirror way, and we are definitely not going to impose any sanctions on the US,” Zhuravlev noted.

In December 2016, the administration of former US President Barack ordered the expulsion of 35 Russian diplomats and the closure of the two Russian diplomatic compounds.

President Vladimir Putin then said that, while reserving the right for a tit-for-tat response, Russia would take its time and act in accordance with the ties built with the new US leadership. 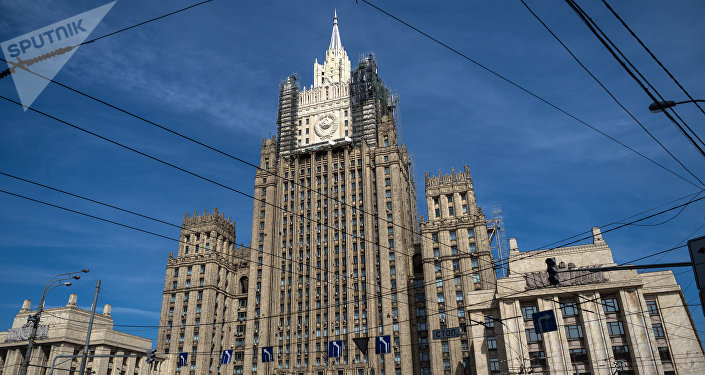 © Sputnik / Vladimir Pesnya
US Refuses to Grant Visas to Russian Diplomats - Moscow
He added that Americans would not go beyond formal protestations.

“What else can they do? Close down our embassy, which they need more than we need theirs? Well, they could do this, but it would be a big mistake. I still believe that they won’t do any such thing,” Dmitry Zhuravlev concluded.

On Thursday, the US Senate voted in favor of a bill imposing a new round of sanctions on Russia, Iran and North Korea, which had earlier been overwhelmingly approved by the House of Representatives. The measure will now be sent to the White House for President Trump to sign into law or veto.

If Trump chooses to veto it, the bill is expected to garner enough support in both chambers to override his veto and pass it into law.
The bill also limits the president’s ability to unilaterally lift sanctions, forcing him to seek Congressional approval.

US State Dept. Not to Disclose Number of Diplomats in Russia Amid Property Spat