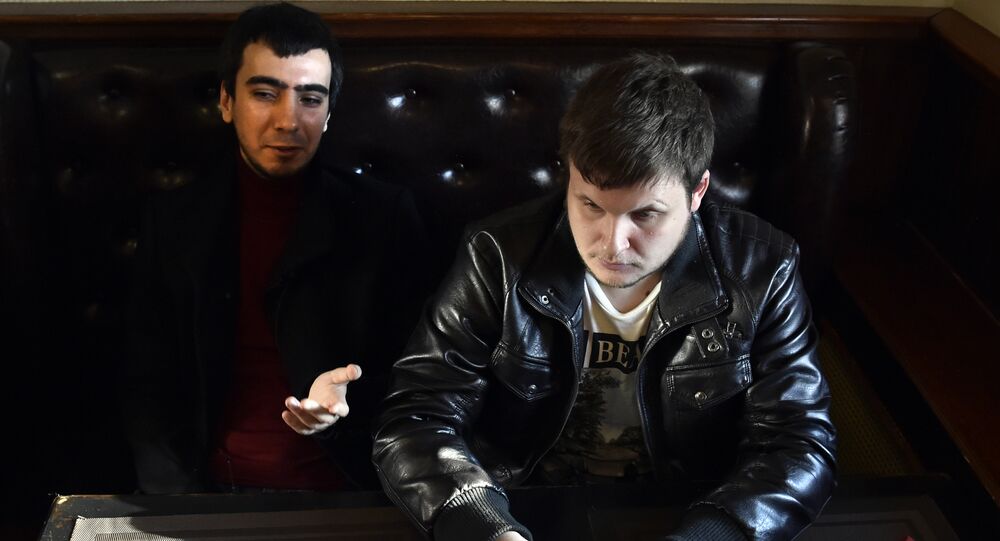 The so-called Jerky Boys of Russia spoke with US Energy Secretary Rick Perry for 22 minutes in a video published on Tuesday.

In an interview with Sputnik, Alexei Stolyarov said that the main goal of their prank call was to get information regarding new US sanctions against Russia, how they could impact the Nord Stream 2 gas pipeline project, and what President Trump was going to do about them.

© AP Photo / Rainier Ehrhardt
Russian Pranksters Lead US Energy Secretary to Believe Ukraine Has Secret to Pig-Poop Biofuel (LISTEN)
“Another goal was to get information about Russian hackers, whether he thinks that it was Russian hackers or someone else [who allegedly meddled in the 2016 US presidential election],” Stolyarov continued.

The conversation also touched on hydraulic fracturing, coal, the Paris Climate Accord and the use of fossil fuels.

When asked if they had managed to extract any important or even confidential information from Perry, Stolyarov said that Perry had no idea how much coal Ukraine was going to receive.

“I think he is an incompetent person because he doesn’t even know the current coal prices in Ukraine,” he said.

The pranksters also managed to sway the Energy Secretary into believing that a newly-invented Ukrainian biofuel made from pig feces and alcohol would actually be viable.

“Today we posted a new prank with the head of XCoal, a Pennsylvania coal company, which supplies coal to Ukraine. We got confidential details about the contract between Ukraine and the US,” Stolyarov recounted.

© AP Photo / Pablo Martinez Monsivais
Russia Invades Limpopo! How Russian Pranksters Played a US Congresswoman
Regarding the current anti-Russian hysteria in US media and the extent of damage their pranks could do to relations between the US and Russia, he said that he didn’t think so.

“When we made a prank call to Congresswoman Maxine Waters, American media tried to hide that news. We also made prank calls to Senator McCain and Congressman Adam Schiff, who is [a Republican member] of the [House] Intelligence Committee and who is investigating Trump’s relations with Putin,” Stolyarov noted.

“Usually American media try to hide those pranks. I think it is because they don’t want us to see how stupid their politicians are. They think that if someone tries to hack you, it’s a problem because hacking is illegal. But if someone wants to prank you, it could show that the idiot is you,” he added.

The so-called Jerky Boys of Russia are known for prank calling high-profile personalities: In 2015 they called pop star Elton John while pretending to be Russian President Vladimir Putin.