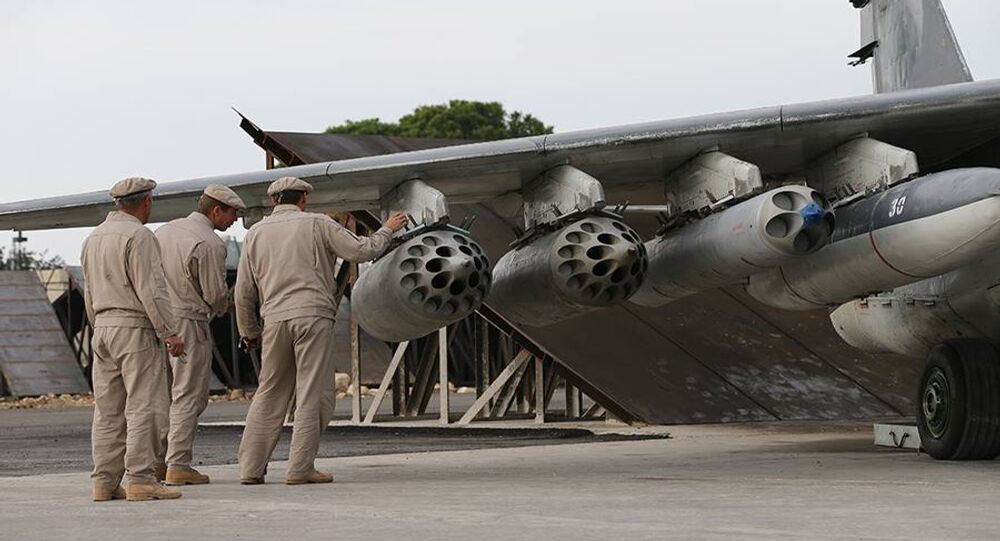 Russian President Vladimir Putin has signed a decree on the ratification of the protocol to the agreement on the deployment of a Russian combat air group in Syria, according to the government portal of legal information.

© Sputnik / Dmitriy Vinogradov
Russia to Spend $335,000 Annually to Maintain Hmeymim Airbase in Syria
MOSCOW (Sputnik) — Earlier in July, State Duma, the Russian parliament’s lower chamber, ratified a protocol to the Russian-Syrian agreement on deployment of the Russian air group in Hmeymim for 49 years with the possibility of extension.

The protocol, sighed in January, regulates the deployment of military personnel, combat vehicles and property.

The Russian air group was deployed at an air base in Hmeymim near Syria's Latakia in 2015 to serve as a strategic center of Russia’s military operation against Daesh terrorist group.