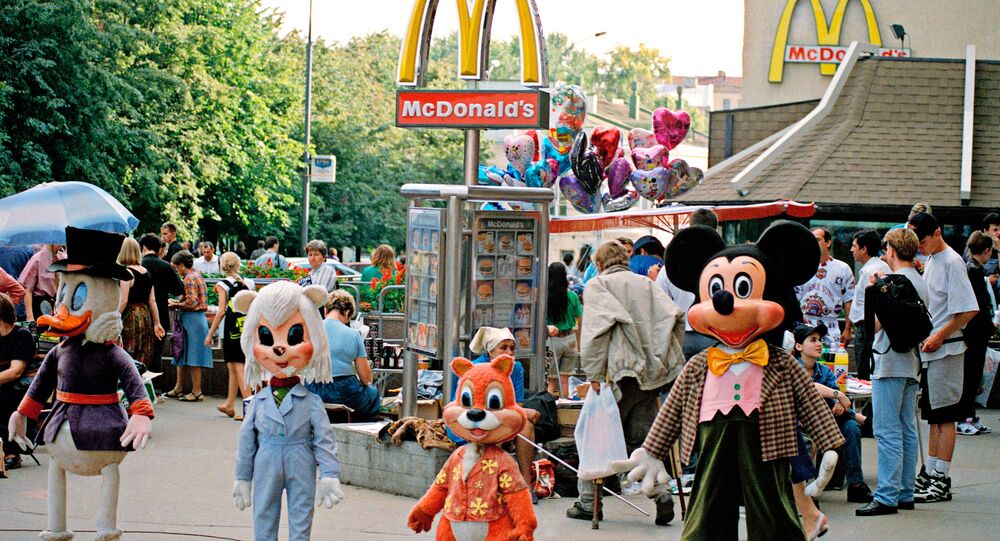 Russia Might Ban McDonald's in Case of Revealed Violations – Lawmaker

McDonald's fast food restaurants may be closed in Russia if they are violating the sanitary norms, which can be one of Moscow's responses to possible new US sanctions, Russian lawmaker Alexei Pushkov told Sputnik on Wednesday.

"If something which causes the public outrage happens in one of the company’s departments, there are reasons to believe that the same violations are also happening in other places because the company has the common quality control system. At least it is necessary to conduct very serious checks in all McDonald's restaurants in Russia and if there are violations there, not to turn a blind eye to them but to take tough measures – up to closing [the restaurants]," Pushkov said.

He pointed out that such measures may be taken in response to the possible new US sanctions against Russia.

"The Russian government has options how to react on the violations in the McDonald's restaurant chain if they are revealed. That may be a part of our policy and strategy of the economic war," Pushkov added.

He also criticized the US business for lacking resistance to the sanctions policy of Washington.

"They are gaining profit from our market but are not making any efforts to counteract the sanctions," Pushkov said.

The lawmaker added that the possible withdrawal of McDonald’s from the Russian market would allow Russian companies to develop national fast food restaurant chains.

© Photo : Pixabay
Egg on Face for Fast Food Giant After Name Gaffe in Spain
"Nature abhors a vacuum, that may allow us developing the fast food branch as we have developed the agricultural sector [after the introduction of food embargo]," Pushkov added.

On Tuesday, the US House of Representatives approved by a 419-3 vote a new version of a bill that would impose sweeping sanctions on Russia, Iran and North Korea, and limit President Donald Trump’s ability to lift the restrictions on Moscow.

The new sanctions, if adopted, will boost restrictive measures against Russia, particularly against the Russian energy industry, due to Russia's alleged interference in US 2016 presidential elections and Ukraine’s internal affairs.

Russian officials have repeatedly denied accusations of meddling in the November 8 election and undermining territorial integrity of Ukraine.