Two Ukrainian high-profile officials have been arrested in absentia in Russia over illegal prosecution of Russian admiral, the spokeswoman of the Basmanny District Court of Moscow told Sputnik.

"The Basmanny District Court of Moscow has sanctioned the arrest in absentia of Kravchenko and Priymachok this week, [and] in line with the legislative norms they have been put on the wanted list," Yunona Tsareva said. 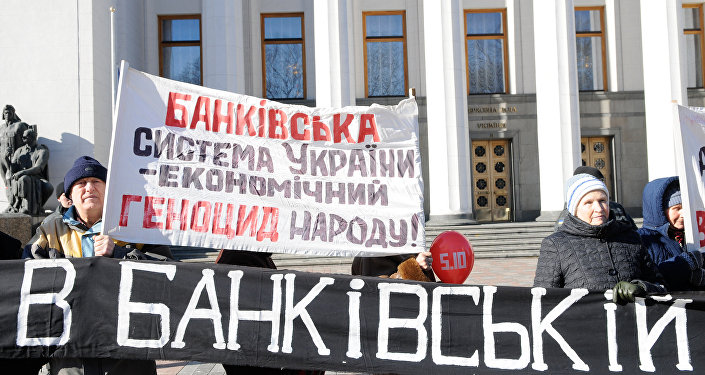 © Sputnik / Alexandr Maximenko
Ukraine 'Chokes' on Corruption - Putin
In April 2016, Ukraine's military court allowed detention of Vitko, who was accused by Kiev of criminal actions aimed at changing Ukrainian borders and direct participation in the aggressive actions against Ukraine in 2014 in the period from February 20 to March 21.

On March 16, 2014, a referendum took place in Crimea, as a result of which the peninsula reunified with Russia. Although Moscow views the procedure as legitimate and in line with the international law, Kiev and the West consider the event as an annexation by Russia.