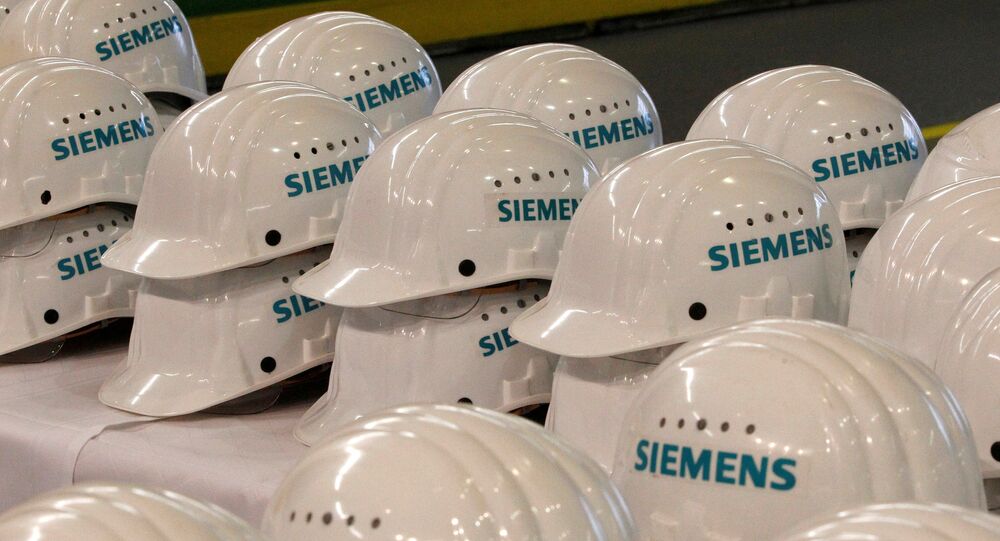 © REUTERS / Hannibal/Files
Siemens Penalizes Own Interests by Voiding Russian Power Equipment Supplies Deal - Official
MOSCOW (Sputnik) — Gutenev, deputy chair of the State Duma's economic policy and business committee, noted that Siemens "does not have a monopoly on technology, and there is a fairly wide range of proposals from other countries, including in Southeast Asia."

"I think that the advantage of this opportunity, which on the one hand creates short-term inconveniences, on the other hand provides opportunities for unrestrained import substitution. We have the expertise," Gutenev said.