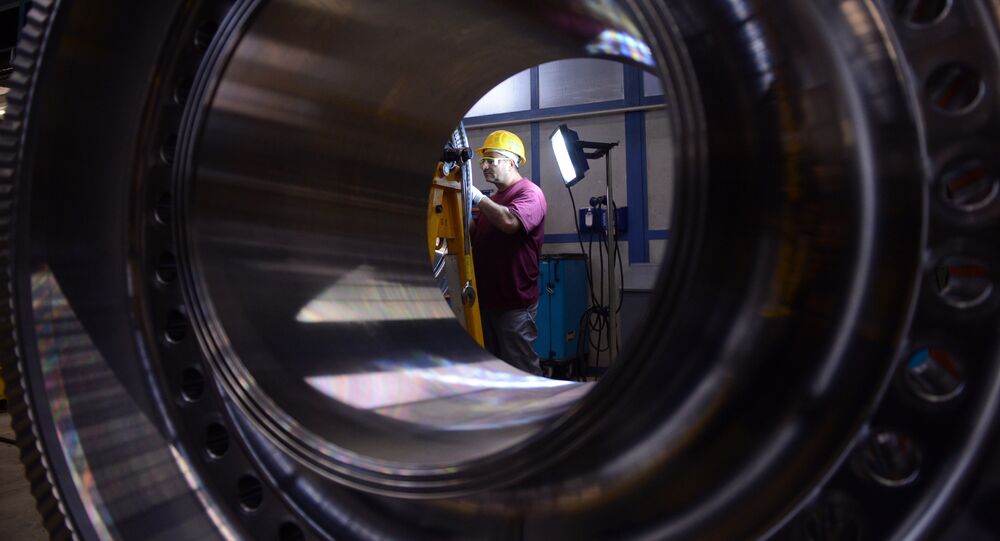 Russia intends to localize the production of blade rows for gas turbines amid the row over the alleged delivery of Siemens-made turbines to Crimea in violation of Western sanctions, Russian Deputy Industry and Trade Minister Vasily Osmakov said.

MOSCOW (Sputnik) — Earlier in July, a ministerial delegation headed by Osmakov visited the Urals Turbine Plant and the program of the visit included a session devoted to the issues of localization of blade row production.

"The creation of the center would allow for a full range of repair and restoration to be carried out on parts of large power turbines, which had been previously almost fully carried out abroad. The next stage is the localization of production of blade rows in Russia. It will not only make an important contribution to ensuring the technological independence of the domestic electric power industry, but it will also significantly reduce the costs of generating companies for repair and maintenance of the equipment," Osmakov said, as quoted in the ministry's press release published Wednesday.

© AP Photo / Jacquelyn Martin
Russia-Iran Sanctions Bill 'Held Up' by US House of Representatives
In July, Siemens filed a lawsuit in Moscow's arbitration court in connection with the alleged deliveries of its gas turbines to Crimea, despite existing EU sanctions that prohibits such action. The court has so far left the claim until August 21. The company stated that at least two of the four turbines manufactured by Siemens Gas Turbines Technologies in the Leningrad Region and delivered to Technopromexport (TPE, part of Rostec) for power plants in Taman, were moved to the Crimea against the company's will. Russian officials have repeatedly stressed that the turbines were Russian-made and not those made by Siemens.
...
Reddit
Google+
Blogger
Pinterest
StumbleUpon
Telegram
WhatsApp
160