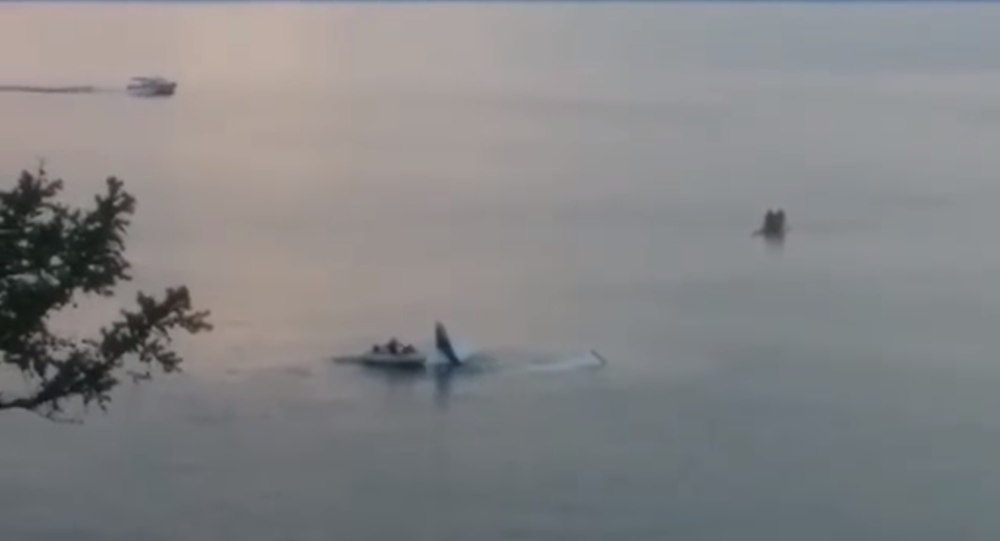 The tranquil waters of Lake Baikal in Siberia were the scene of undue excitement when a four-seat Cessna 172R was caught on video crashing into the lake following an engine failure. There were no casualties, but all four passengers have been hospitalized.

"F**ck me, it's gone down!" a woman cried in the dramatic footage, which shows the small plane plunging from the sky and into the enormous lake.

A witness told local paper Baikal-Daily that the plane's front propeller had failed. Another video shows two boats speeding over to the crashed plane to rescue the passengers.

"There was a young teen inside, I brought him to his senses, and he helped me get the others out," Dmitry Sirik, the captain of one of the boats, told Baikal-Daily. The boat towed the four passengers to the island of Olkhon for treatment.

A tourist on Olkhon also happened to be a surgeon, and he treated the injuries of the passengers. They were then transported to a medical center in Irkutsk, about 180 miles away. The extent of their injuries has not been reported.

"Two people were hurt – the two passengers of the plane," Vera Malanova, the head of Olkhon's local administration, told RIA Novosti. "The pilot is unhurt and a boy, born in 2003, is in shock and has developed a stutter."

Lake Baikal is the deepest lake in the world, and its natural beauty has made it one of Russia's most popular tourist attractions. Newsbabr reported that the $300,000 plane was giving an impromptu aerial tour at the time of the crash.