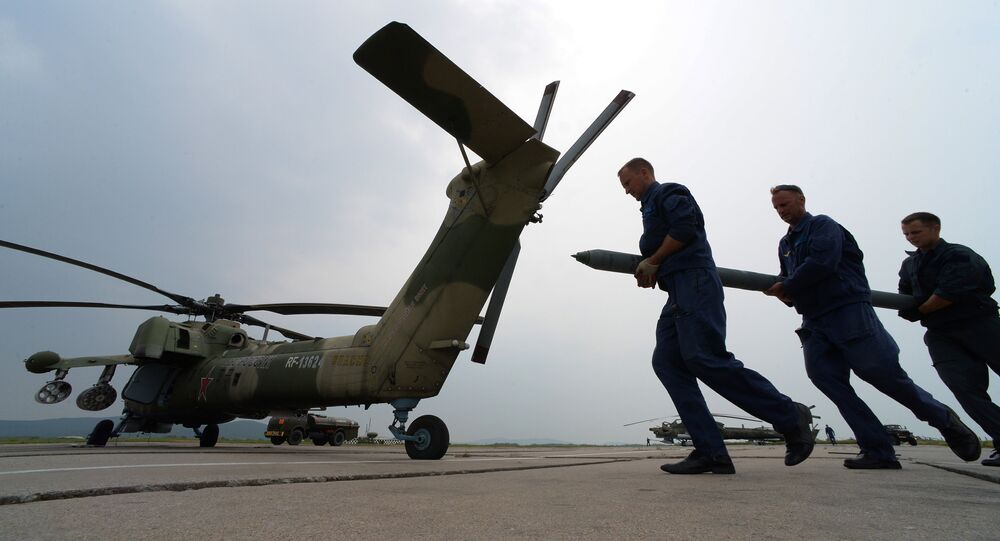 The Mi-28NE Night Hunter modern attack helicopter will for the first time take part in the flight program of the 13th International Aviation and Space Salon MAKS, which kicked off earlier in the day in Zhukovskiy, near to Moscow, the Russian Helicopters company said in a press release on Tuesday.

© Sputnik / Maksim Blinov
Russian Defense Ministry Plans to Buy Around 15 Mi-38 Helicopters
ZHUKOVSKIY (Sputnik) — The Mi-28NE is the export version of the ordinary Night Hunter and Mi-28UB helicopters, it was designed for the Russian Aerospace Forces, and received its mass production launch at Russia's Rostvertol plant in 2016.

"The Mi-28NE attack helicopter will for the first time take part in the flight program of MAKS-2017. The machine will take part in group flights and solo flight during all six days of the exhibition. Approximate time of each solo flight of Mi-28NE will amount to eight minutes," the press release said.

Mi-28NE is a highly effective new-generation helicopter, designed for combat missions in any circumstances. The helicopter was created for such perilous missions, to take part in operations against tanks, infantry combat vehicles, and armored personnel carriers, among other targets.