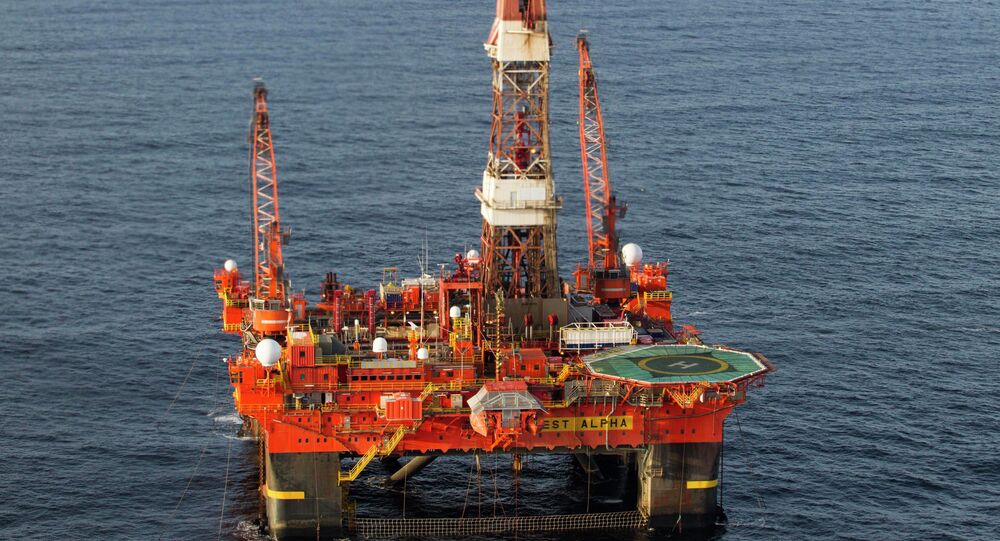 Russia may obtain its own technology for underwater production of hydrocarbons by 2021-2022, Russian Deputy Energy Minister Kirill Molodtsov said Friday.

© RIA Novosti . Alexey Nikolsky
China builds underwater tunnel for Russian oil pipeline
MOSCOW (Sputnik) — "A mechanism for the selection of research and development (R&D) is envisaged to work on domestic offshore equipment samples. In 2017-2019, 2.7 billion rubles ($45.6 million) were allocated for the implementation of eight R&D projects, including those aimed at developing the technological potential of the domestic scientific and technical industry in the field of application of underwater [hydrocarbons] production systems. Thus, by 2021-2022, we can present a prototype of our own technologies for underwater production," Molodtsov said in an interview with Sputnik.

"About 20 priority tasks for the nearest future have been identified for offshore production, at present domestic samples of stop valves intended for oil and gas transportation are being actively introduced, equipment for drilling directional wells has been developed," Molodtsov said.

Molodtsov added that about 300 of the 600 elements that are somehow involved in shelf production from the bottom to the shore, need localization, 50 of them are particularly critical. He noted that it was planned to provide oil production by Russian rotor-controlled systems by 2019 on the basis of already created prototypes.

Localization of oilfield equipment production became an important issue for Russian oil producers after the introduction of Western sanctions that are aimed at depriving some Russian companies of the latest oil extraction technology.

Russian Scientists Know How to Deal With Oil Spill Consequences