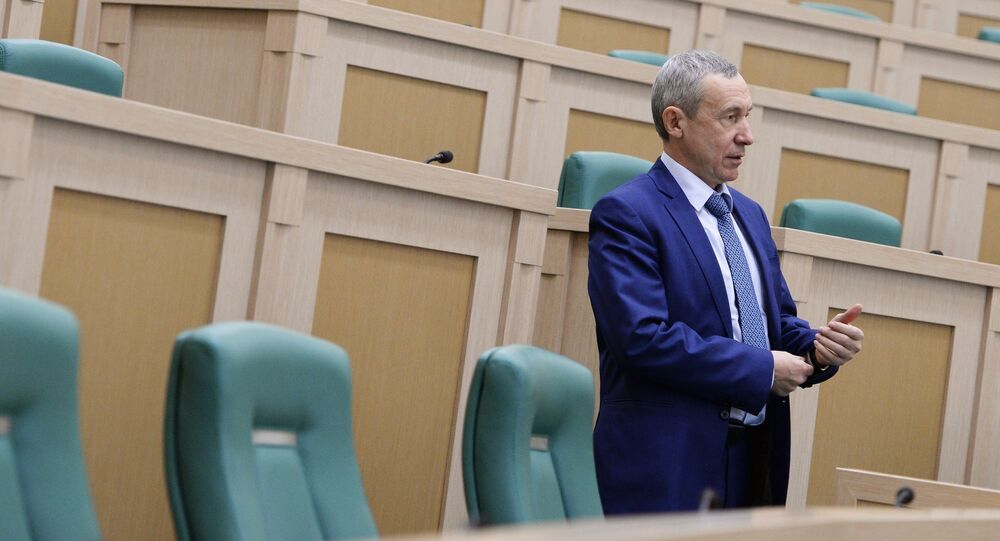 The сommission on state sovereignty protection of the Russian Federation Council intends to monitor the preparations for and the process of regional elections, scheduled to take place in the country in September, the head of the commission, Andrei Klimov, said on Thursday.

The commission will summarize the experience received during the 2012 elections to study the possible risks regarding the presidential election campaign, Klimov said, adding that the commission will present the reports based on the new information in October and December.

Speaking about the commission’s activities, Klimov noted that the lawmakers intend to study the foreign experience of tackling external interference in the matters of sovereign states.

"We need to systematize the information about the victims of such interference, about the countries whose internal affairs were meddled with," Klimov said.

He added that the information may be included in a "black book" that could contain the facts of interference with Russian domestic affairs.

On September 10, regional elections at different levels will take place in a number of Russian regions. The presidential election is scheduled for March 2018.

Putin Denies Claims of Intent to Meddle in German Elections