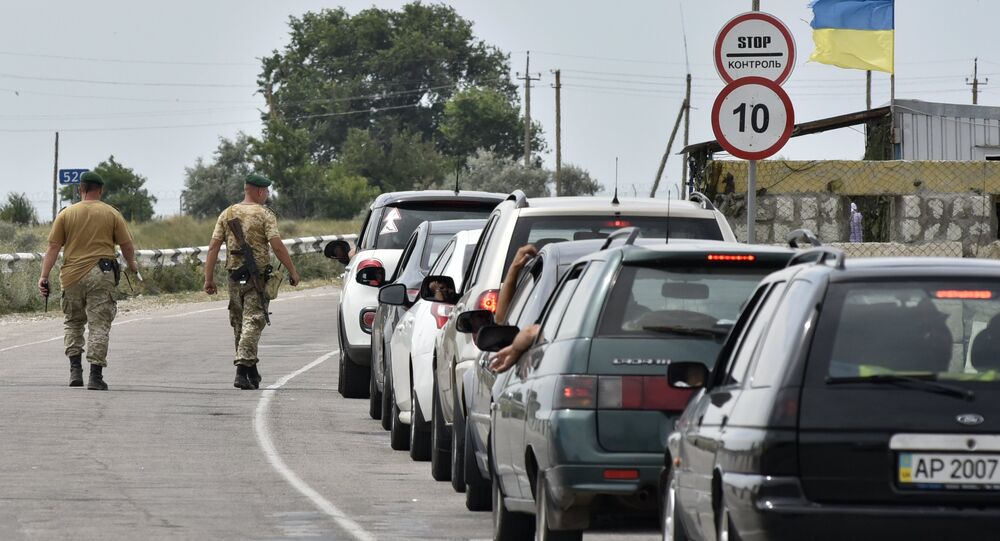 Russia Might Introduce Measures in Response to Ukraine's Entry Restrictions

Moscow does not rule out that it will impose measures in response to Kiev's plans to introduce biometric control and preliminary electronic registration for Russian citizens, Russian Deputy Foreign Minister Grigory Karasin told Sputnik on Tuesday.

MOSCOW (Sputnik) — On Monday, Ukrainian President Petro Poroshenko said that Ukraine would introduce biometric control for citizens of other countries who cross its border, with relevant decisions being already drafted. According to National Security and Defense Council (NSDC) Secretary Oleksandr Turchynov, the decision to introduce biometric control on the Ukrainian border would, first of all, affect Russian citizens.

"I am a supporter of carefully studying what really lies behind this statement. We do not see anything on paper yet. When we clarify how much these new developments correspond to the interstate agreements that exist between our countries, then we will think about how to react to this," Karasin said.

"If it turns out that this is directed against the humanitarian component of our relations, it will be unfortunate and we will naturally think over what countermeasures to adopt," he said.

© Sputnik / Vitaliy Belousov
Number of Ukrainians With Positive View Toward Russia Grows by 5% in 3 Months
Russian Senator Franz Klintsevich said earlier that if Moscow decides to respond to Ukraine's decision, it may affect up to 4 million Ukrainians working in Russia.

Ukrainian Foreign Minister Pavlo Klimkin said on Monday that the new restrictions would differ from a visa regime, since the latter did not allow to control the entry date, as well as movements within the country apart from the new integrated biometric system. The minister added that the entry rules for Russians will be tightened stage by stage.

The Russian-Ukrainian relations deteriorated after eruption of crisis in eastern Ukraine in 2014 and Crimea’s decision to rejoin Russia. Kiev has repeatedly accused Moscow of interfering in the affairs of Ukraine. Russia denied the allegations and called such accusations unacceptable, emphasizing that it has not been a party in the Donbass conflict.