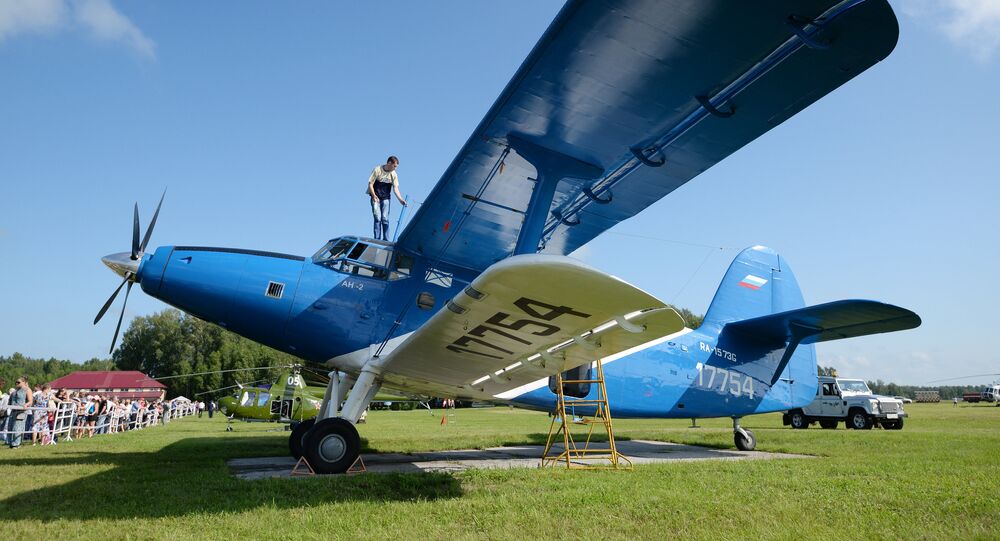 An advanced aircraft is due to replace the Soviet-made An-2, a legendary biplane used as a crop-duster; it will be presented at the MAKS-2017 airshow outside Moscow later this month.

© Photo : Aviation and Space Technologies center
Part Plane, Part Car: Unique Russian Begalet Vehicle to Wow Enthusiasts (PHOTOS)
A plane completely made of composite materials and designed to replace the aging Soviet-made Antonov An-2 light aircraft is set to be presented at the forthcoming International Aviation and Space Salon MAKS-2017.

Speaking to journalists on Thursday, Alexey Seryoznov, spokesman for the Chaplygin Siberian Research Institute of Aviation (SibNIA), said that the new aircraft is almost ready for mass production.

The MAKS-2017 air show will kick off in Zhukovsky near Moscow on July 18 and will continue until July 23.

SibNIA has developed and introduced technology for upgrading the An-2, a mass-produced Soviet single-engine biplane designed and by the Antonov Design Bureau which has been manufactured since 1946.

The An-2  was simply called "kukuruzink" (crop-duster) in the Soviet Union, and was primarily used for agriculture. It is still in use around the world.
The Guinness World Records lists the An-2 as the only plane in the world to have been produced for over 60 years.

Seryoznov said that the mass production of the TVS-2DTS plane, the An-2's successor, is due to be organized in the Novosibirsk region, possibly next to the airfield in the city of Berdsk thanks a partnership between private and state enterprises.

"First, the new plane will lift off from the Chkalovsky airfield [near Moscow] and then the aircraft will fly to the MAKS-2017 on its own," he added.

The new aircraft will feature superior characteristics to the An-2 but will retain the An-2's main advantages: it can take off and land at a low speed and only needs a short runway.

@LamaJabr The Antonov AN-2 is the only plane capable of flying backwards, when the wind is strong enough. pic.twitter.com/EcMcF4iAnh

© Photo : Sukhoi Company
Flight and Fight: A Look at the Soviet-Era Jet That Spooked a US Spy Plane
According to Seryoznov, new aircraft from the first series will cost about $ 1.5 million, but the price is expected to fall.

He said that the state demand for such an aircraft will stand at about 350 aircraft, due to be supplied to the Russian Armed Forces as well as state bodies dealing with air medical services and forest protection.

Additionally, the new plane could be used for transporting passengers and cargo. Initially, the new aircraft factory's capacity is expected to total about 20 aircraft per year, Seryoznov said.