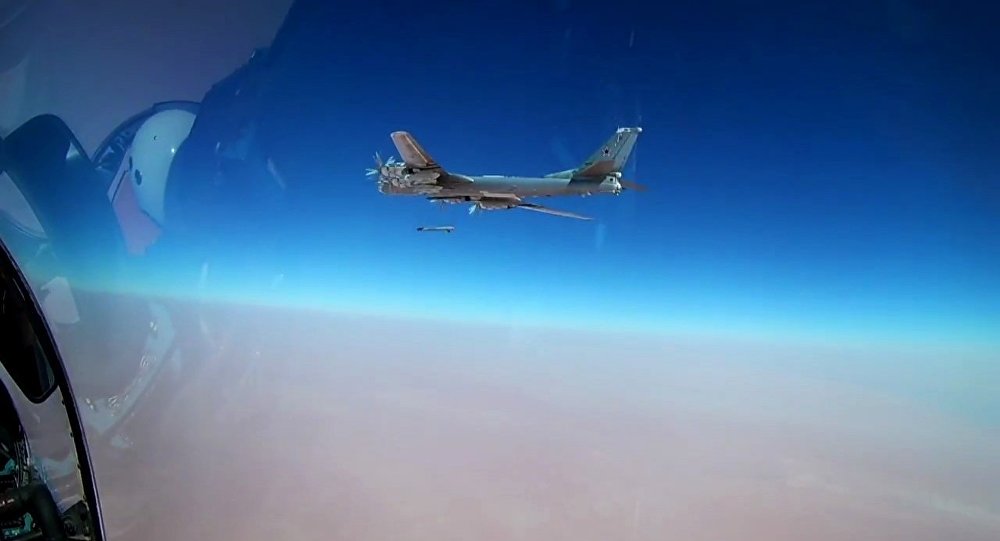 "Regarding the use of our weapons, including in the fight against terrorists in the Syrian Arab Republic, I would like to thank both the military and the designers of one of our state-of-the-art Kh-101 missile systems. This missile showed a very high degree of reliability," Putin said at a meeting of the commission for military-technical cooperation (MTC).

He praised Russian weapons used against terrorists in Syria.

"I will note that Russian weapons demonstrate reliability and great capabilities during the anti-terrorist operation in Syria," Putin said.

He added that when exporting armaments, Russia is taking into account the international situation to prevent intensification of any conflicts.

© Sputnik / Vitaliy Belousov
'Two Tasks' Russia Accomplished by Striking Daesh With New Kh-101 Cruise Missiles (VIDEO)
The Kh-101 (in Russian: X-101) is a strategic, air-launched Russian cruise missile, manufactured using modern technology to reduce radar visibility. It can destroy a target up to 4,500 kilometers away. This type of missiles could be equipped with a nuclear warhead. The Kh-101 uses GLONASS, the Russian satellite navigation system, for trajectory correction and is reported to have an accuracy of five to six meters.

The Tupolev Tu-95 is capable of carrying a maximum of eight of these missiles.

The Kh-101, in service since 2013, was first tested in the 1990s. The missile is one of the newest and most technologically sophisticated weapons which made their debut in Syria. It was first used in combat on November 17, 2015 as part of Russia's limited aerial campaign aimed at helping Damascus destroy radical groups trying to overthrow President Bashar al-Assad.