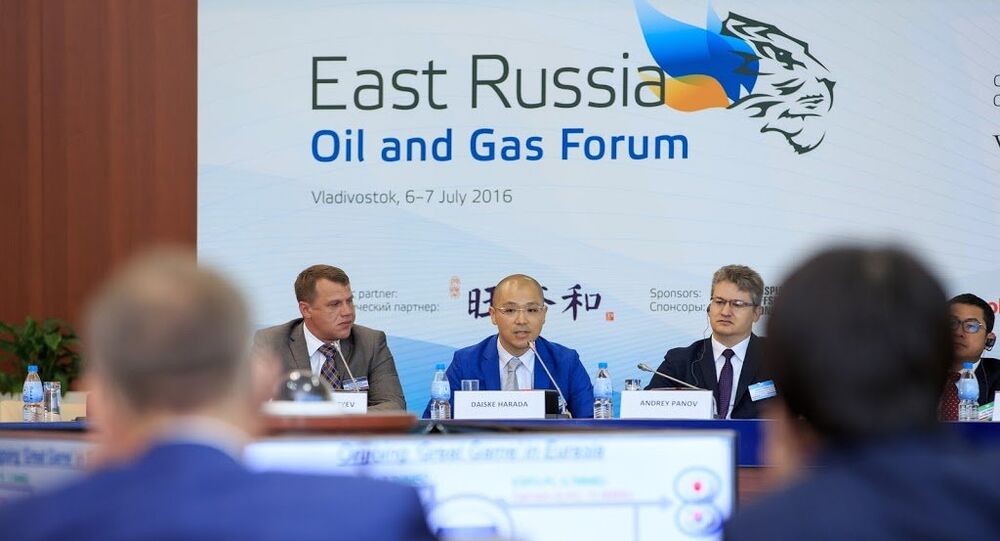 The delegations from Japan, Thailand and China to take part in East Russia Oil and Gas Forum.

© CC0
Russian Scientists Discover Secret of Algae That Could Help Replace Gasoline
MOSCOW (Sputnik) – Representatives of Chinese, Japanese, and Thai commercial and petrochemical corporations confirmed their participation in the East Russia Oil and Gas Forum, set to take place in the Russian city of Vladivostok between July 5-6, the forum's organizers told Sputnik Thursday.

The forum will be held in the Far East Federal University, located at the Russky Isle, Vladivostok. It will be devoted to oil and gas projects in the Russian regions of Irkutsk and Yakutia, offshore gas and oil exploration, and the Power of Siberia pipeline project, designed to transfer fuel from Russia’s Irkutsk Region and Sakha Republic to consumers living in the Russian Far East and China.

The agenda of the upcoming event also includes a meeting between Russian governmental delegations from the regions of Siberia and the Far East, with the executives of a wide range of international companies, according to the organizers.