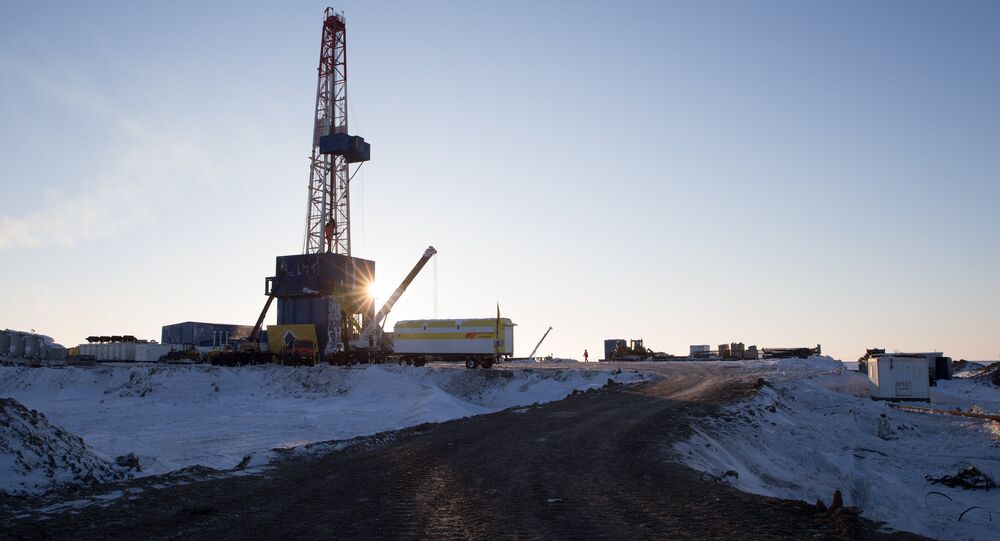 Rosneft experts while drilling a prospecting well on the shelf of the Khatanga Bay of the Laptev Sea found that the core is saturated with oil.

© Sputnik / Maxim Blinov
Russia's Rosneft Expects 5-Fold Rise of Oil Production in Venezuela Over Decade
Russian Minister of Natural Resources and the Environment Sergei Donskoi said Sunday that the oil fields discovered by the state-owned energy company Rosneft in the Laptev Sea could be the biggest on the shelf.

Earlier in the day, Rosneft released a statement that as a result of the drilling at the Khatanga license block, the company believes it has found sizable new oil fields offshore in the Eastern Arctic.

"My sincere congratulations to my colleagues! We can already speak about a significant inflow of oil, and thus, about a unique discovery of what’s likely to be the biggest oil field on the shelf," Donskoi posted on his official Facebook page.

The license to develop the Khatanga site was received by Rosneft in November 2015. In early April 2017 the company began drilling the well called "Central Olginskaya-1."

The license area is located in the Khatangsky Bay of the Laptev Sea in the north of Krasnoyarsk Territory.

At 17,217 square kilometers, the site is vast. In total, Rosneft owns 28 licensed sites on the Arctic shelf with total resources of 34 billion tons of oil equivalent.

Since 2012, Rosneft's investments in the development of the Arctic shelf have amounted to about 100 billion rubles. The company plans to increase the volume of investments for these purposes to 250 billion rubles between now and 2021.