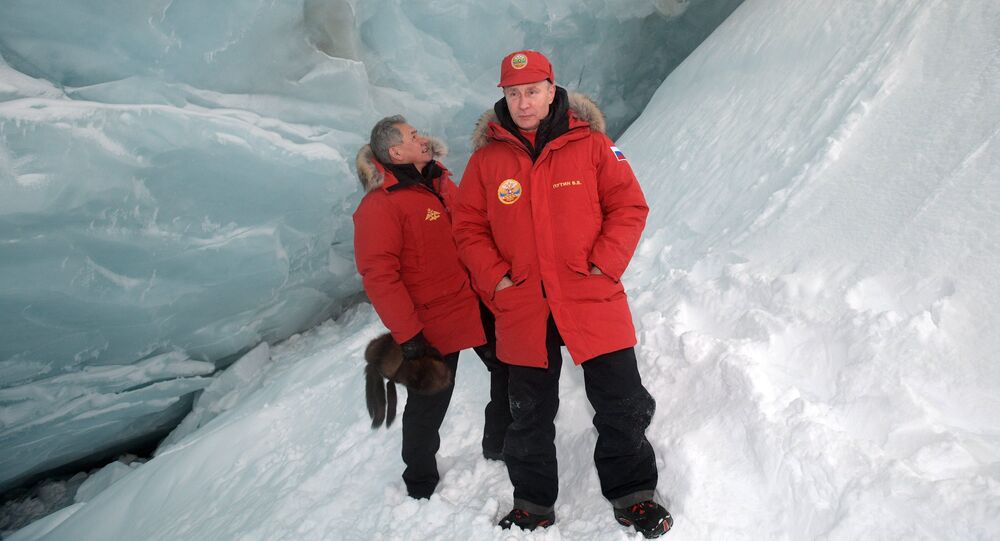 MOSCOW (Sputnik) — Russia should ensure its sovereignty over its Arctic territories, ensure the security of transport routes and economic activity in the region, the country's President Vladimir Putin said during his annual "Direct Line" Q&A session.

The president also noted that the Arctic was an extremely important region in terms of ensuring Russia's defense capabilities.

The budgets include, of course, more long-term plans. Perhaps, not everything is clear with funding of the Lider [the new nuclear-powered vessel], but I am confident that we will do this too," Putin said.

The president noted that the Baltic Shipyard was building Arktika, the first of of four LK-60Ya-class nuclear-powered icebreakers with a capacity of 60 megawatts.

"We should have one more icebreaker by 2025, of a completely different class, twice as powerful as the ones I have mentioned and the one which has almost been built, [with a capacity of] 120 megawatts. If they break ice of up to three meters  deep [9.8 feet], the Lider will have no restrictions at all, it will be able to break any ice," Putin said.

Russia should deploy a missile launch control system in the Arctic region due to the activities of the US submarines approaching Russian borders in the region, Putin said.

The Russian leader added that Moscow had not paid enough attention to the region of Arctic, however the situation had changed.

In late January, media reported that Russian Aerospace Forces had restored in late 2016 their integrated radar field to control and warn of missile launches and attacks outside of state borders. However, the part of the field which monitors missile activity beyond the Arctic Circle had not become operational by that time.

© Photo : arctictime.ru
Russia May Deploy New Radar in Arctic to Detect US Submarines
The Russian missile attack warning system consists of three elements, namely space satellites monitoring missile launches, ground early warning radar systems calculating the movement trajectory of a missile and the Don-2N radar station based in the Moscow Region and designed to detect and track ballistic missiles, as well as to aim interceptor missiles at a target.