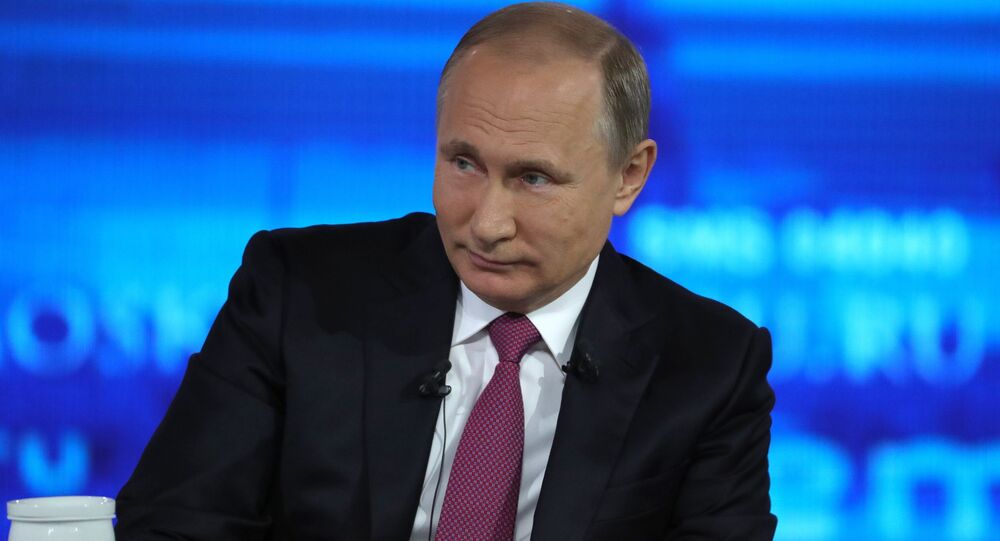 Russian President Vladimir Putin said that Russia became the leader in the export of grain and wheat despite sanctions imposed against Russia.

"We all know that growth [in agriculture] is around 3 percent, Russia has become the number one country, the leader in the export of grain and wheat. We have significantly reduced our imports, our own production, for example of pork and poultry meat, now almost completely covers our needs," Putin stressed while describing the sanctions’ influence on Russia’s economy, adding that Russia was now looking for new markets to export its mean, eyeing China in particular.

© Sputnik / Sergei Guneev
Vladimir Putin's Q&A Sessions: 15 Years of Talking With Russia Face to Face
Putin said that the sanctions had a positive effect on the output of a number of industries.

"We have restored our competence in radio electronics, aircraft construction, missiles, in the pharmaceutical industry… in heavy engineering," Putin said.

The Russian leader is holding the 15th annual call-in session. Last year, there were over 2.3 million questions.

Putin on Sanctions: US Implementing Policy of Containing Russia