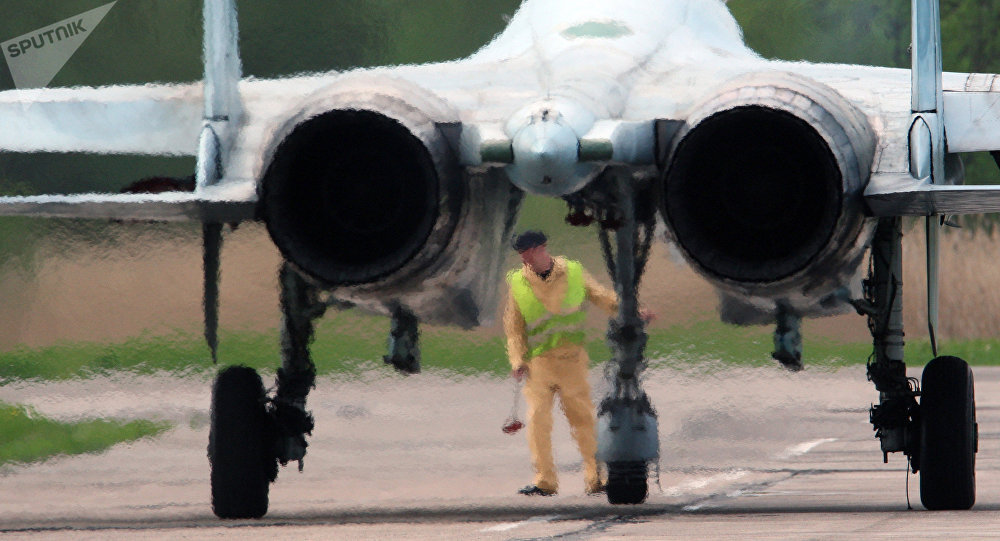 According to Russian Defense Ministry, tactical and naval aviation exercises kicked off in the Western Military District.

"The joint flight and tactical exercise of the operational-tactical aviation of the Baltic Fleet's Air Force and Air Defense and naval aviation units kicked off in the Western Military District. Pilots of the operational-tactical aviation from [Russia's western] Voronezh Region started practicing joint actions with fighters of the Baltic Sea Fleet's naval aviation over the Baltic Sea. The training flights are carried out in accordance with the international norms regulating the use of airspace," Western Military District spokesman Col. Igor Muginov told reporters.

Su-34 fighter-bombers have been relocated from the Voronezh Region to an airfield in Russia's northwestern Kaliningrad Region to take part in the drills and are to work out cooperation with the Baltic Fleet's air force, Migunov added.

According to the spokesman, up to 20 planes and helicopters, as well as about 200 troops, are participating in the drills that continue until the end of the week.