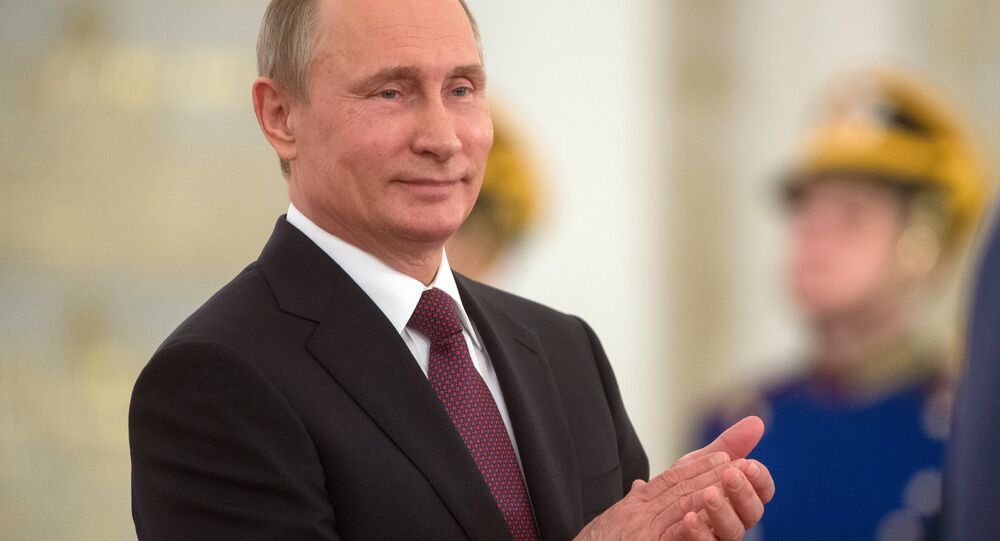 © Sputnik / Aleksey Nikolskyi
Iranian President Offers Best Wishes to Putin, Country's Citizens for Russia Day
MOSCOW (Sputnik) – Among those being awarded the State Prize are composer Eduard Artemyev, choreographer Yuri Grigorovich and Mikhail Piotrovsky, an orientalist and the director of the Hermitage Museum.

Writer Daniil Granin also received the prize, with Putin personally presenting him the award on June 3 in Strelna, the presidential residence not far from St. Petersburg.

The State Prize of the Russian Federation is the highest award for scientists and artists presented for their services to society and to the state. The award is presented annually in Kremlin on June 12, which marks Russia Day.

In 1992, the Supreme Soviet of Russia passed a resolution designating June 12 a public holiday and a non-working day in honor of the adoption of the declaration on the state sovereignty of Russia. On that day in 1990, the first Congress of People’s Deputies of the Russian Soviet Federative Socialist Republic adopted a declaration on the republic’s sovereignty within the Soviet Union.