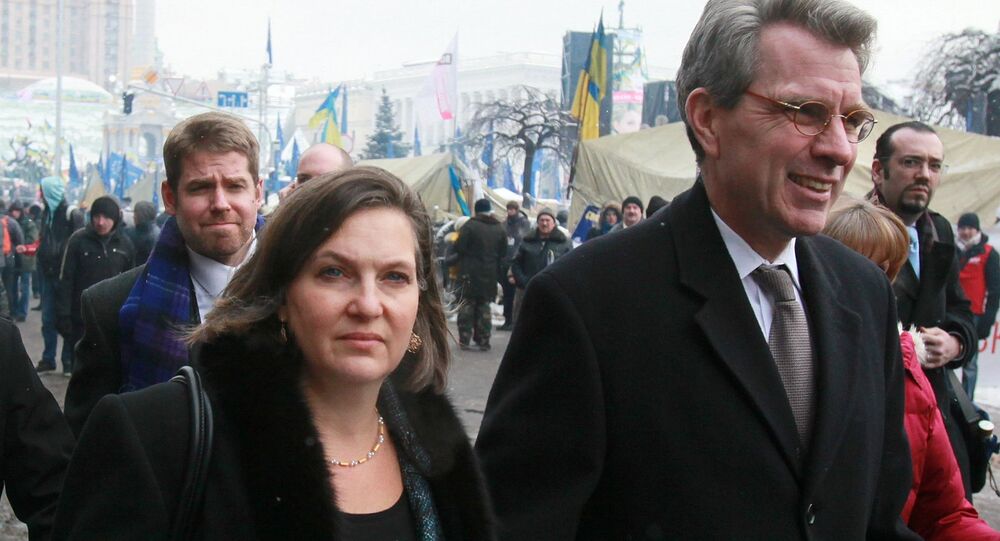 External Meddling in Russian Affairs May Grow Before 2018 Election - Official

Moscow should take due measures to protect the country from external influence ahead of the 2018 presidential election, Russian parliament's upper house speaker said.

MOSCOW (Sputnik) — The attempts of external interference in Russia’s internal affairs may intensify ahead of the 2018 presidential election in the country, and measures to counter such activities need to be discussed, Russian parliament's upper house speaker Valentina Matvienko said Wednesday.

"For many years, we have been observing attempts to influence our domestic political processes both through so-called non-governmental organizations and directly…. Every time these activities intensify before another electoral cycle in Russia…. On the eve of elections illegal protest activity may increase, heated both by opposition forces and international centers of influence," Matvienko said.

In this regard, she said the need to discuss measures to prevent such interference was necessary. In particular, according to the Matvienko, it is necessary to stop inviting "so-called observation missions" of states that do not allow Russian observers at their polling stations.

"A special role in destabilizing the social and political situation in Russia is assigned to some nonprofit, nongovernmental organizations. They consecutively pursue the anti-Russian propaganda, recruit and train staff, systematically organize foreign platforms inviting those people, who do not represent one or another social groups, but those, who can only discredit their own country," Matvienko added.

© Sputnik / Sergei Pyatakov
US-Controlled NGOs Most Active in Meddling With Moscow Affairs
The upper chamber's speaker also proposed to consider creation of a parliamentary committee that would prevent meddling in the period of elections.

On Tuesday, Chair of the Russian upper house Foreign Affairs Committee Konstantin Kosachev said that the United States and its NATO allies might meddle in the Russian presidential campaign next year. Andrei Klishas, the chair of the Federation Council Committee on Constitutional Legislation and State-Building, told Sputnik that the Russian parliament’s upper house was ready, if necessary, to initiate changes in the existing legislation to protect civil society from external interference.