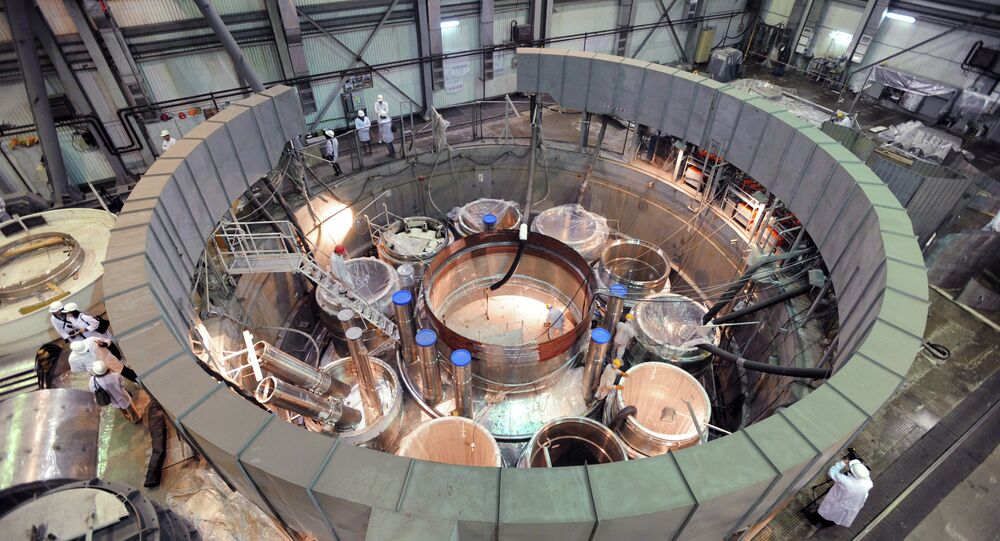 A Russian project of the nuclear power plant's (NPP) unit with the fast-breeder BN-1200 reactors has been found to be competitive by a group of experts, a spokesperson of the All-Russian Research Institute for NPP Operation (VNIIAES) told Sputnik on Tuesday.

MOSCOW (Sputnik) — A special working group has recognized that Russia's project of the nuclear power plant's (NPP) unit with the fast-breeder BN-1200 reactors is competitive in comparison with thermal neutron reactors widely used at the modern NPPs, the spokesperson said.

"These are the preliminary results of activities of the working group that was involved in the inspection of materials of the energy unit with the new fast-breeder BN-1200 reactor," the spokesperson said speaking about economic effectiveness of the project if to compare with thermal neutron reactors.

Fast breeders, such as the cutting-edge BN-1200, a 1200-megawatt reactor, use a liquid metal heat-transfer agent as a coolant. Fast neutron reactors significantly minimize radioactive waste and expand the range of fuel used at nuclear power plants. Currently, Russia operates a BN-800 fast breeder reactor at Beloyarsk NPP and would make a decision on construction of the BN-1200 against the backdrop of the results of the BN-800 operations.