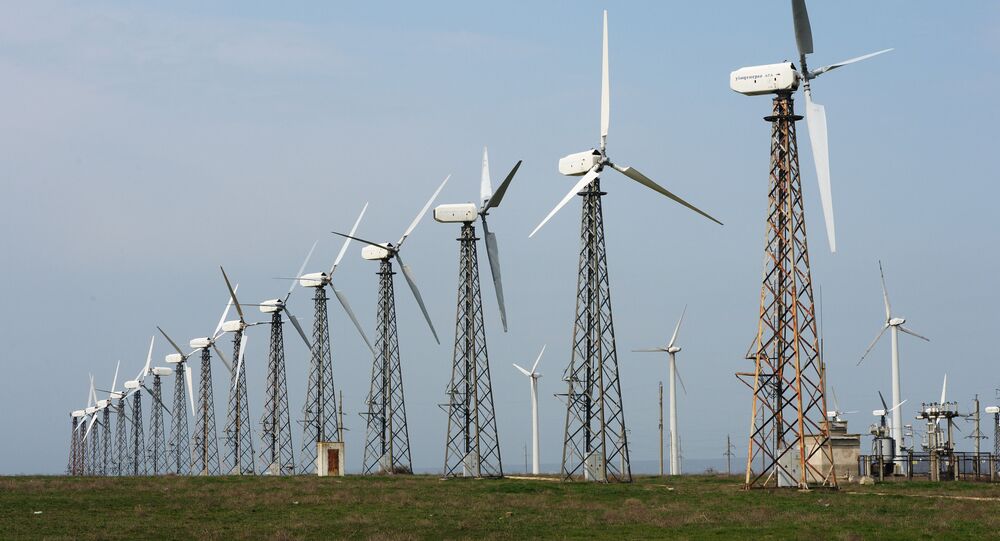 The International Conference on Renewable Energy Sources and Sustainability was held as part of the 21st St. Petersburg International Economic Forum (SPIEF 2017), which wrapped up on Saturday. Sputnik discussed the event and the prospects for renewables in Russia’s energy sector with Dr. Steven Griffiths from the Masdar Institute.

© Sputnik / Alexandr Kryazhev
Investment in Alternative Energy to Rise in Russia - Renewable Energy Agency
The International Conference on Renewable Energy Sources and Sustainability, which was held as part of SPIEF 2017 brought together leading academic scientists, researchers and research scholars to exchange and share their experience and research results about all aspects of renewable energy sources and sustainability.

It also provided the premier interdisciplinary forum for researchers, practitioners and educators to present and discuss the most recent innovations, trends, and concerns, practical challenges encountered and the solutions adopted in the field of renewable energy sources and sustainability.

Sputnik discussed the event and the prospects for renewables in Russia’s energy sector with Dr. Steven Griffiths, Vice President for Research, Interim Associate Provost and Professor of Practice Chemical Engineering/Engineering Systems and Management at Abu Dhabi-based Masdar Institute of Science and Technology.

"Every country and every economy is going to have its own evolution of its energy sector. In Russia, oil and gas are very strong parts of the economy. Right now we are seeing the cost competitiveness of the energy sources. For countries like Russia and other energy exporters, it is a promising opportunity to start using renewables in the power sector," he told Sputnik.

He further elaborated that renewables, predominantly solar and wind energy, do not really compete with traditional energy sources like oil and gas, but can become a complimentary energy sector which brings together traditional and renewable energy into one sector.

Dr. Griffiths also noted that in Russia, where there is not that much sun as, for example in the United Arab Emirates, there are very good opportunities to harness wind energy. Strong winds blow across the country, and if Russia could transport the accumulated energy through a connecting grid in such a large country, it can become a great complimentary energy source.

© Sputnik / Ekaterina Chesnokova
Russian Far East Capable of Supplying Renewable Energy to Foreign Countries
In addition, he said, Russia has very strong hydro resources, which can become a great contributor to its economy.

However to be able to transport the accumulated energy, Russia will need to evolve its technology to be able to setup a strong grid able to support this new influx of energy, both in terms of storage and distribution.

Hence, he said, there are huge opportunities for a digital revolution, which can provide the opportunity for households and businesses to adopt technologies which are much more energy efficient, he concluded.