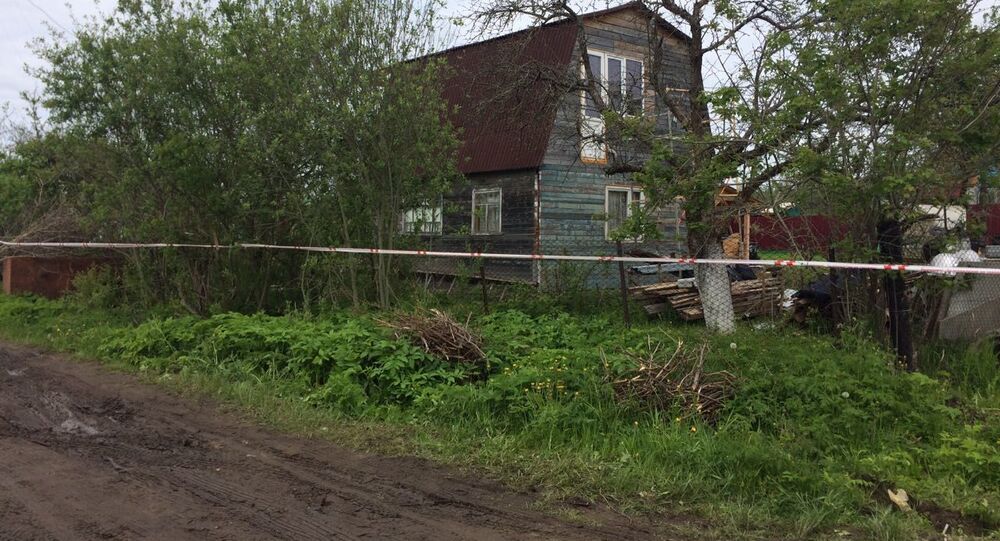 An inebriated man killed 4 women and 5 men in the village of Redkino in Russia’s Tver Region on Saturday. One of the victims was reportedly forced to dig her own grave.

© REUTERS / Hannah McKay
UK Police to Enhance Security Measures at Public Events After London Attack
Nine people were killed after a man unloaded his Saiga shotgun into his drinking companions after an argument broke out, according to media reports.

Sergey Yegorov, 45, a part-time electrician in the village, had been boasting that he served in the Russian Airborne Troops (VDV), when his companion doubted the truth of this statement. Someone reportedly claimed Yegorov had not served in the army at all. After a short dispute Yegorov left the group, returning shortly with a Saiga semi-automatic shotgun in hand.

According to media reports, citing a witness, Yegorov said, "Now I'll show you how I can shoot!" before shooting several people outside. Then he entered the house and killed several more people, including a 92-year-old woman, a World War II veteran.

Yegorov then tried to make his last victim to dig her own grave, and when she refused he shot her as well.

One young woman survived the bloodbath after hiding under a blanket; Yegorov failed to notice her as he checked the room twice. She managed to call the police while Yegorov was still at the scene.

"I heard and saw as he was dragging bodies. I saw him finishing them, I heard them gasping for air, I heard it all," she said, according to Rossiyskiy Dialog. "Then he was washing hands, I heard it all."

"There are bodies with half their face blown off," she said.

Two police officers arrived on the scene and managed to detain the shooter. According to police, Yegorov did not resist and was perfectly calm while he was detained.

A forensic investigation is currently underway. Psychologists have yet to determine whether Yegorov is sane or had been using drugs before the shooting.

According to REN-TV, Yegorov has no permanent occupation and lives alone, despite having a daughter and a partner who live separately. He has not said why he shot the nine people.

It is known that Yegorov possessed his weapon legally, the Russian National Guard press service told RIA Novosti. The National Guard has said it will conduct a nationwide check on legal firearm owners following of the incident.

Vadim Levshin, a regional spokesperson for the Interior Ministry, disclosed that Yegorov never served in the army.

"He is nobody, neither a border guard, nor an airborne, I can tell you that, 300% sure," Levshin told RIA Novosti.