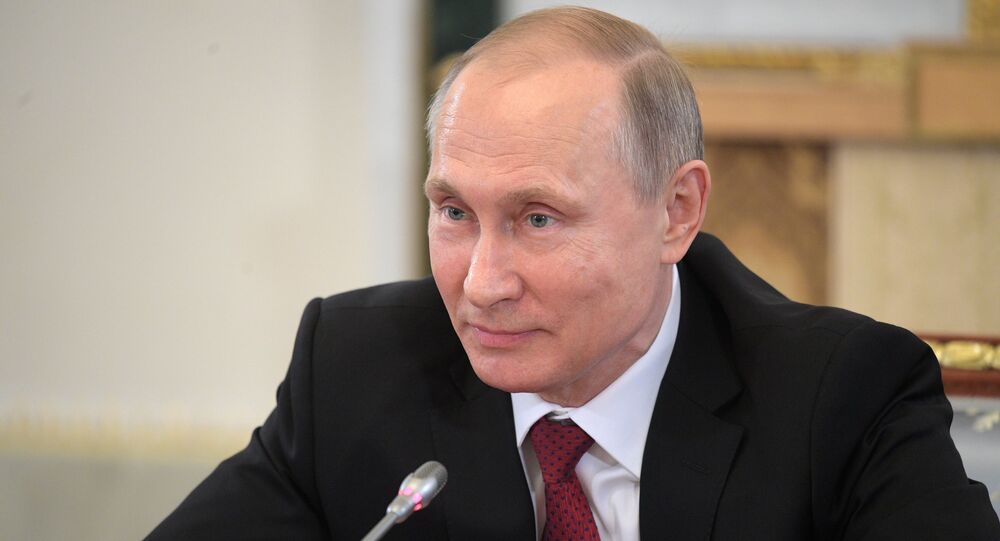 Putin Reveals Details of His Meeting With Flynn in 2015

Russian President Vladimir Putin revealed the details of his encounter with Michael Flynn at an event devoted to RT in 2015.

MOSCOW (Sputnik) — Russian President Vladimir Putin said that he had not "even really talked" to former US national security adviser Michael Flynn during an event in Moscow devoted to the anniversary of Russia's RT broadcaster in 2015.

"When I came to the event for our company, Russia Today, and sat down at the table, next to me there was a gentleman sitting on one side. I made my speech. Then we talked about some other stuff. And I got up and left. And then afterwards I was told, 'You know there was an American gentleman. He was involved in some things. He used to be in the security services'… that's it. I didn't even really talk to him… That's the extent of my acquaintance with Mr. Flynn," Putin told NBC broadcaster in an interview.

© AP Photo / John Locher
Flynn's Ouster: Trump's Opponents Seek to Tear Apart His Cabinet Brick by Brick
The full interview is due to air late on Sunday in the US timezone.

In December 2015, Flynn participated in RT's official ceremony in Moscow dedicated to the broadcaster's 10th anniversary. The event was also attended by Putin, however Kremlin spokesman Dmitry Peskov denied that the Russian leader had a lengthy conversation with Flynn.

In February, Flynn resigned amid media questioning his alleged ties to Russian Ambassador to Washington Sergei Kislyak, with whom he reportedly discussed sanctions against Russia.

Russian Ambassador to US, Flynn Discuss Setting Up Trump-Putin Call