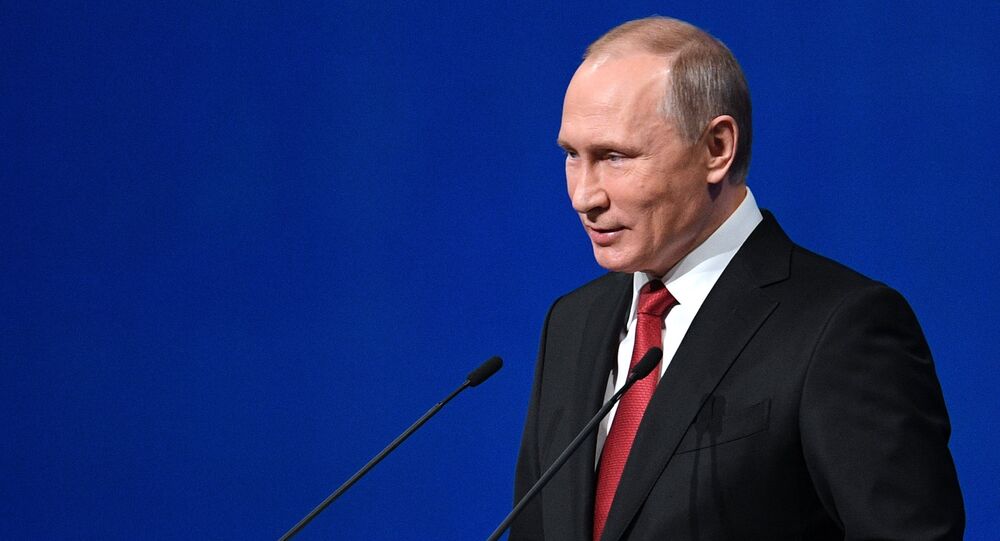 Commenting on US President Donald Trump's decision on the US' exit from the Paris climate accord, Russian President Vladimir Putin said that now Russia knows whom to blame for the June snow in Moscow.

"We should be grateful to President Trump. I know that it has been snowing in Moscow; it's raining here [in Saint Petersburg], it's very cold. Now we can put everything off on him [Trump] and the American imperialism. But we won't do that," Putin joked during a session of the St. Petersburg International Economic Forum (SPIEF).

© Sputnik / Vladimir Astapkovich
Putin Comments on Trump's Move on US Exit From Paris Climate Accord
Putin warned against making a fuss over the US exit from the Paris deal and urged to establish conditions for joint work. He added that the agreement comes into force in 2021, adding that there's still time.

Trump cited potential risks to the US economy posed by emission targets, which were accepted by former President Barack Obama in Paris, as the primary reason for pulling out of the accord. He has been widely criticized for the move.

Russia Plans to Ratify Paris Accord by 2020 - Environment Minister