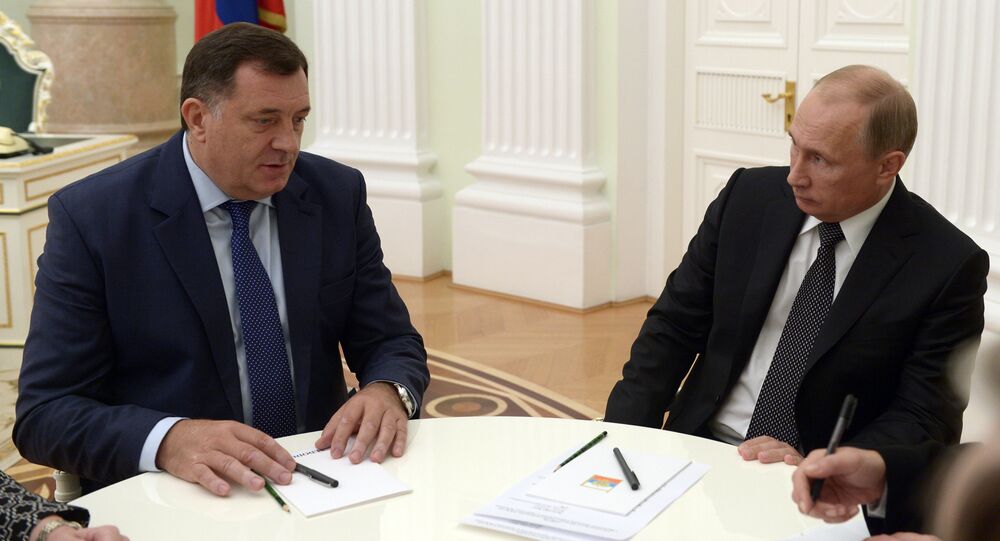 Russia's President Vladimir Putin have met with President of Republika Srpska and the Prime Minister of Iraq's Kurdish Autonomous Region on the sidelines of the SPIEF.

During the meeting between Putin and Dodik, the leaders discussed issues of cooperation development which would befit the mutual interests of both parties.

The discussion between Putin and Barzani were devoted to the topic of the ongoing establishment of cooperation between the Russian state-owned energy company Rosneft and Iraqi Kurdistan.

© Sputnik / Alexei Danichev
Russian Regional Investment Climate Index to be Presented at SPIEF on Friday
Apart from this, on the sidelines of SPIEF, the Russian president discussed issues of interrelations between Russia and the International Atomic Energy Agency (IAEA) with the agency's Director General, Yukiya Amano.

Earlier on Friday, Rosneft said in a statement that it had signed a number of agreements with Iraqi Kurdistan on the expansion of cooperation in the sphere of the exploration and production of hydrocarbon, as well as commerce and logistics.