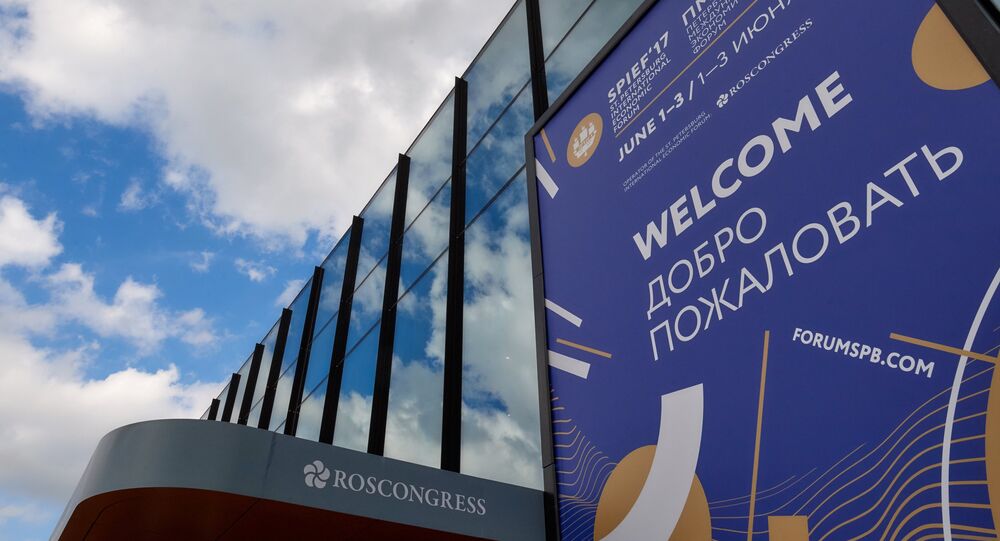 Russia's Republic of Tatarstan is expected to keep its leadership in the Regional Investment Climate Index due to be presented at the St. Petersburg International Economic Forum (SPIEF) on Friday, while Russia's Far East is looking to improve its positions in the rating, experts told Sputnik.

© REUTERS / Osservatore Romano
Vatican Outraged Over US Exit From Paris Climate Deal, Calls it 'Slap in the Face'
MOSCOW (Sputnik) — The presentation of the Russian Regional Investment Climate Index is expected to he held at the roundtable that would start at 10 AM local time (07:00 GMT) at the SPIEF. The index has been prepared by the Russian Union of Industrialists and Entrepreneurs (RSPP), Russia's Chamber of Commerce and Industry, Opora Russia and Delovaya Rossiya public organizations, as well as by the Agency for Strategic Initiatives (ASI).

The previous index had the Republic of Tatarstan in first place, while Belgorod, Kaluga, Tula and Tyumen Regions followed it.

Andrei Sharonov, the dean of Moscow School of Management Skolkovo will moderate the roundtable, in which Russian Presidential Aide Andrei Belousov and ASI CEO Svetlana Chupsheva would be the panelists.

The Republic of Tatarstan has been the leader of the Regional Investment Climate Index for three consecutive years and local authorities consider that this achievement is the result of the long-term local economic policy.

"You should agree that three consecutive years is not a coincidence. Tatarstan's achievements in investment is not luck, but a result of hard routine work that includes permanent improvement of documents, ability to hear businesses and respond to [business] requests in a rapid manner, to continue proposing new initiatives again and again and to do new projects," Taliya Minullina, the chief executive of the Tatarstan Investment Development Agency, told Sputnik.

Oleg Kondratenko from the Russian Presidential Academy of National Economy and Public Administration (RANEPA) said that regional authorities succeeded in achieving good results in the index because they had taken steps that contributed to regional development earlier than in other regions.

"The Republic of Tatarstan started to do everything that was required by the index earlier than others. It means that they have snatched a moment and started development of small and medium-sized enterprises, to invest accurately," the RANEPA expert told Sputnik ahead of the presentation of the index at SPIEF.

According to Kondratenko, the difficulties in the regional banking sector would barely affect the position of the region in the index, but could have a negative impact in 2018.

Kondratenko said Friday's presentation of the index could show that the regions of Russia's Far East have strengthened their positions.

"There are several Far Eastern regions, for example Sakhalin Region, that are making a very significant contribution to the development of infrastructure projects that would bring benefits not only to major companies, but to support their compatriots to help them with development. There are huge investments, we work with the Far East closely. They have a huge demand for such cooperation, as these regions have always been the outsiders of the index. It will be very interesting to have a look at their dynamics this year. It is obvious that it is impossible to predict significant growth, but [it would be interesting] to look at the recent figures, their progress in certain categories, taking into consideration their poor results in past," Kondratenko explained.

The expert added that the Far Eastern regions would barely be represented among top 20 regions of the index, but they could show a significant growth.

Russian Deputy Minister of Far Eastern Development Aleksander Krutikov said that the Far East had studied the experience of the neighboring countries and started implementing the best foreign practices on their own soil.

"We have analyzed experience of our neighbors, China, Japan, South Korea, the ASEAN [Association of Southeast Asian Nations] member states, the United States and Canada, and worked out the target model [of development]. To a great extent it has been implemented in the priority development area [PDA]. Maybe it has created incentives for foreign investors to come to the Far East that has always been perceived as a risky territory for investments," the official said.

Kondratenko considers that the final position in the index is not as important as their overall development.

"In this year we will see that all the regions are growing and developing, but to a greater or lesser extent. I do not think that there would be some obvious failures, if a certain region's position in the index would decrease in a certain sector, because procedures have not changed significantly… All the regions should show positive dynamics, but the ones that had developed more had more invested both in human resources and in working with business within the region," the RANEPA expert said.

A number of regions that had shown good results in the previous edition of the index expressed hope to maintain or even to improve their results this year.

Authorities of Belgorod Region, which finished in second place in the index released in 2016, consider that the region's result stems from its rich natural and human resources, as well as its scientific potential.

Boris Ubogov from Tula Region's Chamber of Commerce told Sputnik that local authorities did not want the position of the region to fall after coming fourth in the previous index. The official added that the region had a number of competitive advantages, including the special economic zone Uzlovaya and a number of defense companies that would benefit from the state armament procurement program.

Head of Chuvash Republic Mikhail Ignatyev, whose region ranked sixth in 2016, expressed hope for reaching the top 10 in 2017, citing efforts to create more business-friendly conditions as well as to work with local investors and businesses.

Ignatyev's words were echoed by Vadim Potomsky, the governor of Orel Region, who expressed hope that the region would not finish lower than the 13th position reached in 2016.

The Governor's office of gas-rich Yamalo-Nenets Autonomous Area expressed hope that despite losing two positions in 2016 compared with 2015, the region was still among the most attractive regions for investors, having attracted some 2 billion rubles ($35,3 million) of investments for every resident in 2016.

According to the Ministry of Economic Development of the Republic of Bashkortostan, which gained 20 positions in 2016, the region is implementing measures aimed at economic development not for the sake of the index, but in order to create good conditions for doing business. The ministry's press service told Sputnik that the region was implementing a number of significant projects, including in energy, agriculture and petrochemicals.

Doha Ready to Hold Talks With Moscow at SPIEF - Ambassador