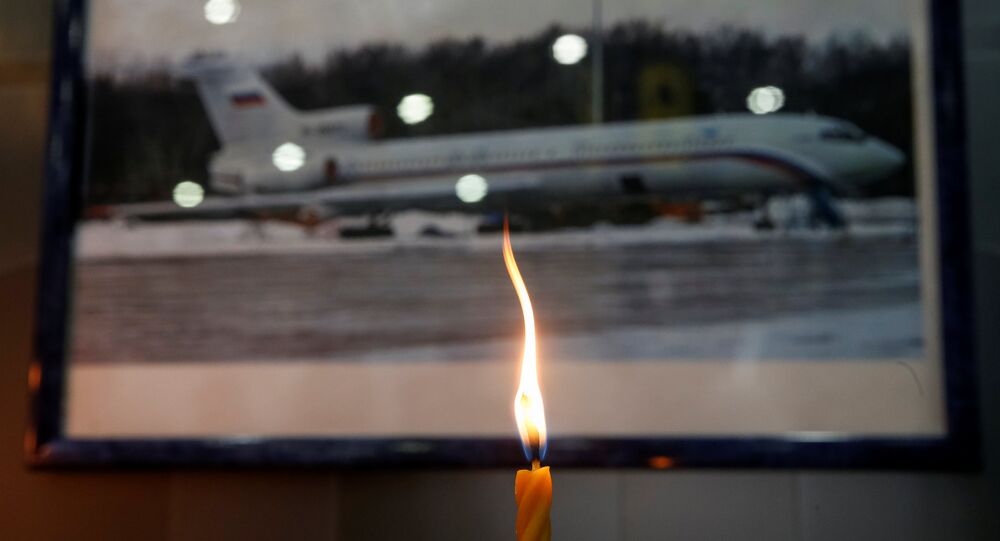 The results of the investigation of the Tu-154 crash over the Black Sea in December 2016 saying that the most likely cause of the catastrophe was the erroneous actions of one of the pilots.

MOSCOW (Sputnik) — The Russian Defense Ministry announced on Wednesday the results of the investigation of the Tu-154 crash over the Black Sea in December 2016 saying that the most likely cause of the catastrophe was the erroneous actions of the commander of the crew while operating the aircraft.

"The investigation found that the cause of the incident could be the loss of the spatial orientation [situational awareness] by the first pilot of the aircraft, which led to his erroneous actions in operating the aircraft," the ministry said in a statement.

"No violations of the fueling rules at the airport in Sochi or the impact of external factors have been found," the statement said.

Press-service of Russian Emergency
Russia's Black Sea Tu-154 Plane Crash Probe Extended by 2 Months - Source
In addition, no violations of the current requirements concerning the seating of passengers in the cabin of the Tu-154, or the loading and cargo centering have been found by the investigators, according to the statement.

On December 25, 2016, a Russian Defense Ministry's Tu-154 plane heading from Moscow to Syria crashed in the Black Sea shortly after refueling and taking-off from Russia's southern city of Adler, near Sochi.

The plane was carrying 92 people, including eight crew members, 64 musicians of the Alexandrov Ensemble, nine reporters, head of Spravedlivaya Pomoshch (Fair Aid) charity Elizaveta Glinka, and two federal civil servants. None of the passengers or crew members survived the crash.