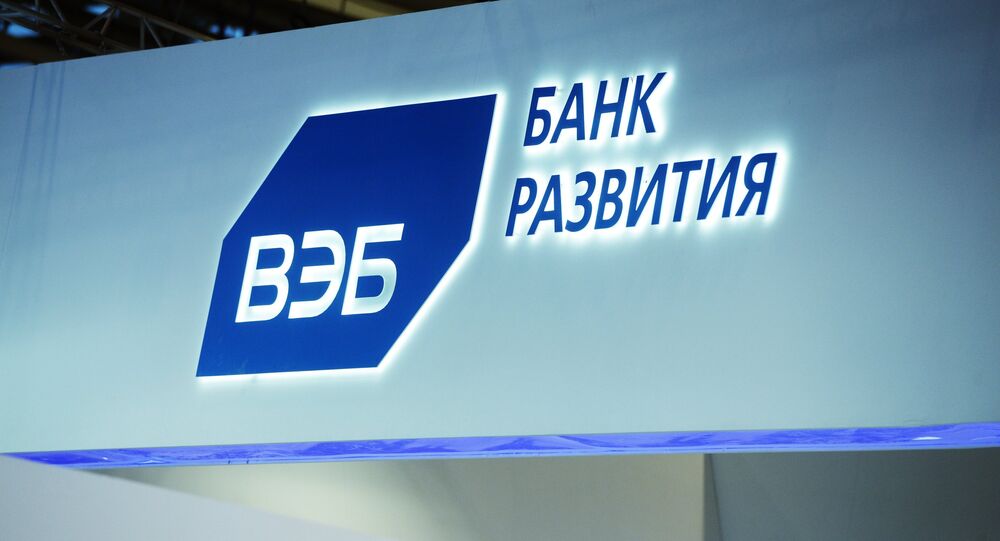 "When we started to think about how to manage projects efficiently, we realized that there is no platform. Everything that we had became obsolete. We realized that the blockchain is a good fundamental and qualitative platform for the future. We started with this, we have established a qualification center and a pilot project was launched. We are launching the first prototype in terms of project management this fall," Gorkov said.

The CEO pointed out that the bank saw the opportunities of checking and processing technologies in the field of trade finance, and launched a pilot project with Belarus.

Russia's VEB Denies Media Reports on Dam Construction Deal in Argentina
Gorkov highlighted that Vnesheconombank was not yet heavily investing in the development of the blockchain.

"We do not invest heavily because it is a more likely a question of technology and not money," Gorkov said.

He mentioned the strategy of catching-up development, adding that it was necessary to sell not just oil but crude products.

The CEO pointed out that Russia must also invest in the innovative technology, which blockchain is the part of. According to Gorkov, block chain should then become an important technology for improving the quality of governance and minimizing bureaucracy.

A blockchain is a register of transactions of Bitcoin, one of the world's most popular cryptocurrencies. This database, composed of the so-called blocks is constantly growing in a linear, chronological order.

The 21st SPIEF is scheduled for Thursday-Saturday and is expected to gather high-ranking politicians and prominent business leaders from dozens of countries. The Rossiya Segodnya International Information Agency is the official media partner of the forum.