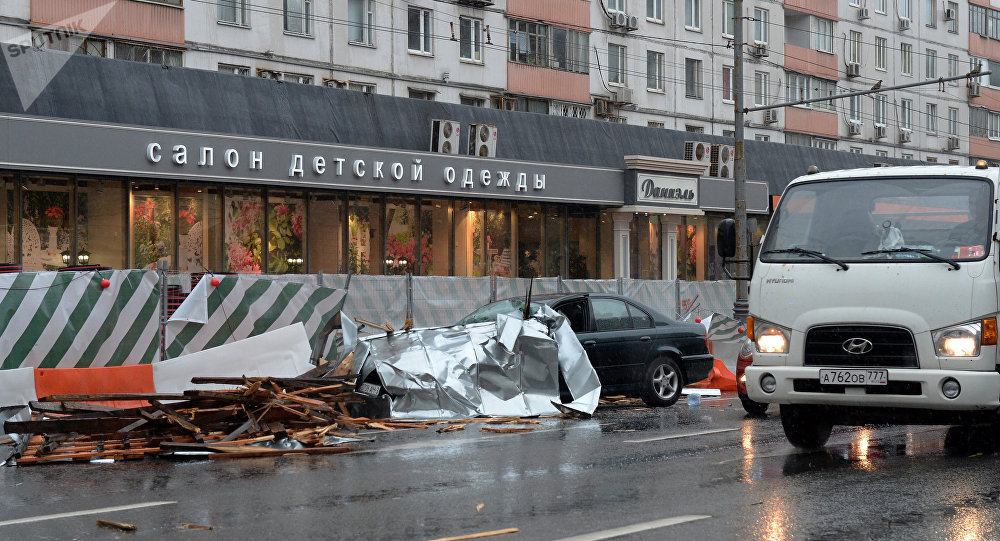 A powerful storm left at least 11 people dead, and over 50 others asked for medical assistance in Moscow after a storm, mayor Sergei Sobyanin said on Monday.

At least 11 people were killed and more than 50 injured in a two-hour-long storm which shook Moscow on Monday, the press service of the Moscow City Health Department said.

"Due to a squall wind, more than 50 people, including children, have appealed for immediate medical help," the press service said adding that at least 11 people were killed.

Earlier in the day, Yulia Ivanova, a senior aide to the Russian Investigative Committee's Moscow department chief, said that six people were killed in a storm.

"As a result of the windstorm in the northeast, southwest and east of Moscow, trees fell on passing residents. Five people died from injuries at the scene. Besides, on the same day, as a result of a strong gust, a stop was damaged on Kirovogradskaya Street. An elderly man… died on the spot," Ivanova told reporters.

"A devastating storm knocked down several hundred trees. We are taking all necessary measures to eliminate the consequences of the disaster," Sobyanin wrote in his Twitter blog.

"According to the latest information, the storm killed seven people, about 70 were injured," a source in the Russian capital's medical services told Sputnik.