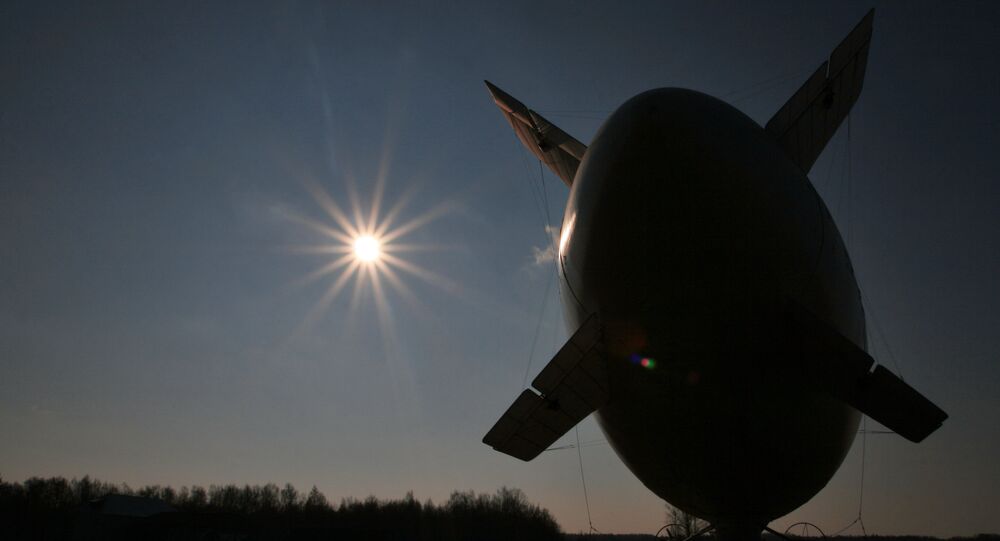 Gennady Verba said that the final version of the Atlant airship would  take about 3.5 years to build at the cost of several billion rubles.

He added, however, that the other modifications would cost less.

© Sputnik / Alex Aminev
Russia to Complete Construction of Airship ‘Atlant’ for Army by 2018
During a news conference at the National News Service headquarters on Tuesday, Verba thanked the Skolkovo Fund for helping develop the airship’s autonomous ballast system, which allows the airship to float freely in a horizontal position and, whenever necessary, to lose its lift and descend.

The Atlant multifunctional airship will come in two versions: Atlant 100, capable of hauling up to 60 tons of cargoes 2,000 kilometers away, and Atlant 30 with a cargo-carrying capacity of up to 16 tons.

The Atlants will also be integrated into the national early warning system.

Airships theoretically have infinite endurance, owing to the fact that they do not need forward speed to maintain lift.

They do not need runways and can carry vast amounts of payloads over long distances nonstop. They are also very fuel efficient and highly reliable.

On the downside, with a maximum speed of just 160 kilometers an hour (90 miles an hour) the airships are extremely slow, as compared to modern jets.

TomoNews US
World’s Largest Airship 'The Flying Bum' Readies for Maiden Voyage
Their greatest disadvantage is size, which is essential to increasing performance. As size increases, the problems of ground handling increase geometrically.

Still, despite these drawbacks, airships do remain viable in some domains.

Aviation experts believe that with developments in the field of dirigible construction, airships could eventually become an indispensable element of Russia’s air transportation system and become its new trademark.