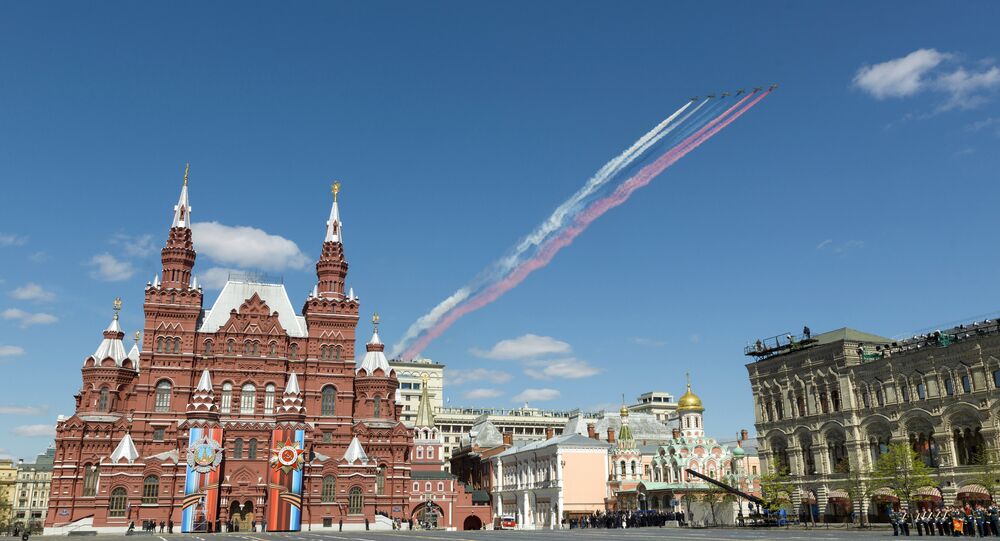 © Sputnik / Vladimir Astapkovich
2017 Victory Day Parade in Moscow (PHOTO, VIDEO)
Aerial displays were not part of the Victory Day parade in Moscow earlier on May 9. The Russian Defense Ministry said the air show over the Red Square had been cancelled due to unfavorable weather conditions in the Moscow region.

According to Peskov, only the weather condition is to blame for the absence of military jets during the military parade in Moscow.

He added that planes are not allowed to fly when the cloud coverage is lower than 500 meters, while on May 9, it was at 150 meters above the ground.

"For the cancellation of flights [over the Red Square], there was no need for an order from the Supreme Commander-in-Chief [Vladimir Putin] or the Minister of Defense [Sergei Shoigu]: there are security conditions concerning meteorological conditions when military aviation cannot perform its tasks," the presidential press secretary said.

© Sputnik / Mikhail Klementiev
Best of the Best: Military Hardware Showcased at Victory Day Parade in Moscow (PHOTO, VIDEO)
The planes and helicopters that had been expected to participate in the Victory Parade on the Red Square returned to the airfields. At the time of the May 9 parade on the Red Square, it was cloudy and the weather was 3°C. Later in the day, it rained.

A military parade to honor the 72nd anniversary of the Soviet Army's Victory over Nazi Germany in the Great Patriotic War (1941-1945), involving over 10,000 troops and 114 units of military equipment took place earlier in the day.