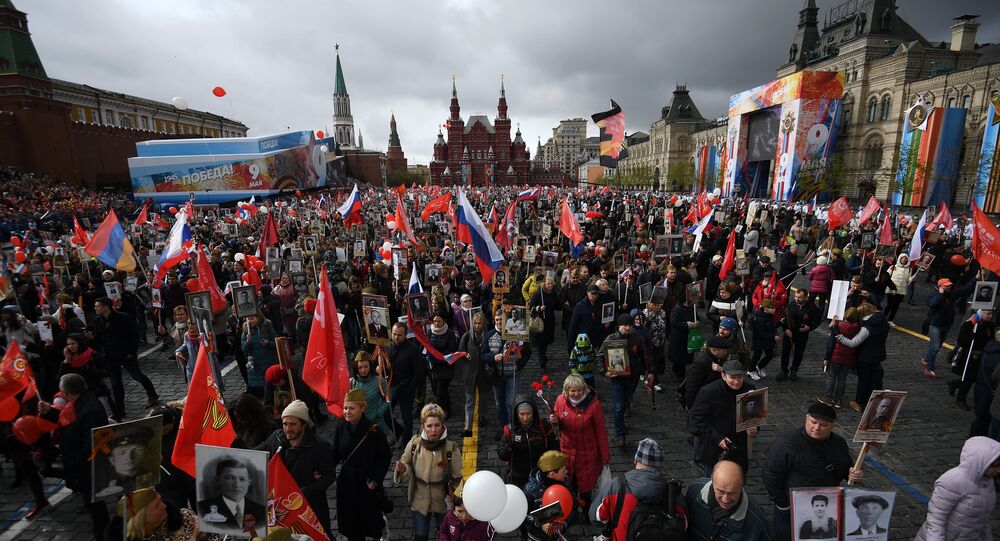 More than 600,000 people are taking part in the "Immortal Regiment" commemorative march in Moscow on Tuesday, the Russian Interior Ministry said.

MOSCOW (Sputnik) — The "Immortal Regiment" is a patriotic initiative that commemorates WWII soldiers in marches held across Russia and other countries. The rally took place for the first time in 2012 in Russia's Tomsk and then has spread to other cities and countries across the world.

"In the [Russian] capital more than 600,000 people are taking part in the 'Immortal Regiment' march," the ministry's statement read.

According to the ministry, more people, carrying images of their ancestors, who participated in the World War II, are joining the march.

Some 24 million people across Russia took part in the event last year.